It's been a good year for new music, but which albums stood out in 2015?

We've had all the usual battles and victories over what to monopolize the Cambridge Audio HQ airwaves with this year but regardless of the genre, everyone's found something that's really got their feet tapping, their head nodding or in some cases full on shape-throwing in the office. We got the team to have a very serious think about which one stood out from the rest and why - cue lots of head scratching and dramatic dives for headphones to start trawling through 2015 playlists...

Brawlers – Romantic Errors of Our Youth

The debut album from Leeds band Brawlers makes the top spot of my albums of 2015 for one simple reason. That reason being that it’s dead simple! It’s a very no-nonsense pure punk rock album. No bells and whistles, just some loud guitars and some catchy vocal hooks. A lot of other rock releases this year have pumped up the production value and added a multitude of effects, which isn’t a bad thing by any means. It’s just nice to hear a band plug in some guitars and make a racket for a change! If you need something to give you a kick start in the morning, then make sure this album is in your new year playlist. Give the track ‘Drink and Dial’ a try and see what you think - Liam Ruane, Marketing

It took me a while to get properly into this album as it’s not necessarily an easy listen. However, there was enough to grab my initial attention.  Soon though I was captivated by his amazingly skillful guitar playing and honest voice. I’ve never heard such craftsmanship on the guitar before and after a few views of his live playing on YouTube I was hooked. The recording is really well done and lets you get a proper sense of intimacy with the performance. The songs are personal and honest with a real flow to the album and once you reach the end you feel you’ve taken a proper musical journey with him – highs and lows - Ben Carratu, Graphic Designer

Building catchy songs out of the sound archives from the space programmes of the 1960s, "The Race for Space" bears repeated listening. With a good ear for the rhythm and musicality of speech together with some funky guitar licks, there's always something to catch your attention - aurally or historically.

The rhythmic refrain to "Go!" bounced round my head for weeks, and as a software engineer I boggled when I found out what a 1202 alarm was! - Jonathan Miles, Engineering

El Vy – Return to the Moon

El Vy's a collaboration between Matt Beringer of National fame (the band, not how far spread across the UK his notoriety is) and Brent Knopf of Menomena. Due to Beringer’s distinctive vocals, it’s safe to say if you’re a National fan, you’ll like it, but it’s slightly more upbeat and positive than your typical National album, Knopf brings a plethora of different instruments and experimentation to the mix which offsets Beringer's mournful tones beautifully. It's been an excellent commuting soundtrack for 2015 which will now forever remind me of the onset of Autumn! If a first time listener, give I’m the Man To Be and Sleeping Light a try and of course the title track is worth a listen, excellently titled Return to The Moon (Political Song For Didi Bloome to Sing, With Crescendo)  - Charlotte Myson, Marketing

First album of the recently formed of progressive metal band Good Tiger. It has been promising since the first time the formation of the band was announced, it includes ex-members of Tesseract, The Safety Fire and The Faceless. They definitely have delivered a good piece of art that’s easy to listen to and full of interesting parts. Really recommended. - Enrique Ramirez, Engineering

For me, an album that really stood out in 2015 was the critically acclaimed ‘Black Messiah’ by D’angelo accompanied by his ten member backing group named Vanguard. The timing of the tracks is utterly pristine with cleverly withdrawn vocals to help guide you through the some hard hitting and some sensual beats. When travelling around and demonstrating our products ‘Sugah Daddy’ and ‘Betray My Heart’ have always generated great reactions from listeners not only due to the likability of the tracks but also because of the attention to detail in production and recording that has gone into them, this is a fantastic album to show off the quality of your Hi fi with a smile! - Tom Ogilvie, Sales

The Maccabees – Marks to Prove it

Marks To Prove It is a confident step away from the band’s earlier days, but a rewarding move. Lead singer Orlando Weeks’ lyricism particularly stands out on this album. Tracks such as WW1 Portraits and Kamakura are beautifully crafted and the album is a lot more intimate and atmospheric. Weeks’ vocals are a sense of calm amongst an album which is often full of angst and driven by brass. Overall this is a triumphant offering from the band and well worth the three year wait. - Rebecca Corderoy, Marketing

Did any of these albums make your list of top albums this year? Or did we miss any huge records we need to know about? Keep your eyes peeled for our next blog with our best live music moments of 2015 and if you haven't already, check out our HQ Spotify Playlist, we constantly update it with whatever we're listening to at the moment, so it's eclectic to say the least! 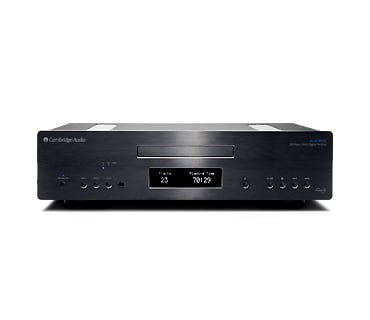 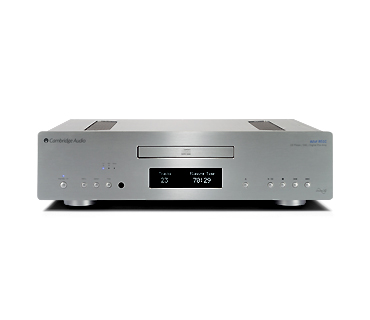