In our latest blog series, we’re exploring some unique record stores close to our Chicago and London HQs. First up is Chicago’s number one stop for punk, metal, sci-fi and horror, Bucket O’ Blood Books and Records.

The bloodshot eyes cast above the door of Chicago's Bucket O' Blood are indicative of what books and records are offered inside-- it's stuff that will keep you up at night. The store is located just north of Chicago’s Logan Square in the up-and-coming Avondale neighborhood and has a niche for punk, metal, and hardcore records with a side offering of horror and science fiction books. While its eccentric selections and medieval decor may give off a looming aura, the best part about the store is its welcoming and communal atmosphere stimulated by owners Jennifer and Grant McKee.

The McKees were frequent customers of Bucket O' Blood before they saw the store listed for sale on its Facebook page. After running the store for just over three years, its founder Marc Ruvolo wanted to move on to tour the world with his bands, Das Kapital and The Fur Coats, and put more time into his record label, Johann's Face. His biggest challenge in exchanging the lease was finding new owners who felt as passionate about the store's niche as he was. Luckily, Jennifer and Grant were willing to take that gamble.

After they saw the post, they acted fast in fear that another opportunity like it wouldn't surface again. "It just appealed to everything that we liked. We wanted to support the store anyway, and we knew about its customers and what they are looking for," says Grant when we interviewed the couple at the store. While Jennifer claims the final decision didn't involve too much planning or analysis, Grant was ready to step up to the plate on day one. He gained plenty of retail experience from working at a local comic book store and was exposed to the inner workings of record labels and record stores through friends and family. 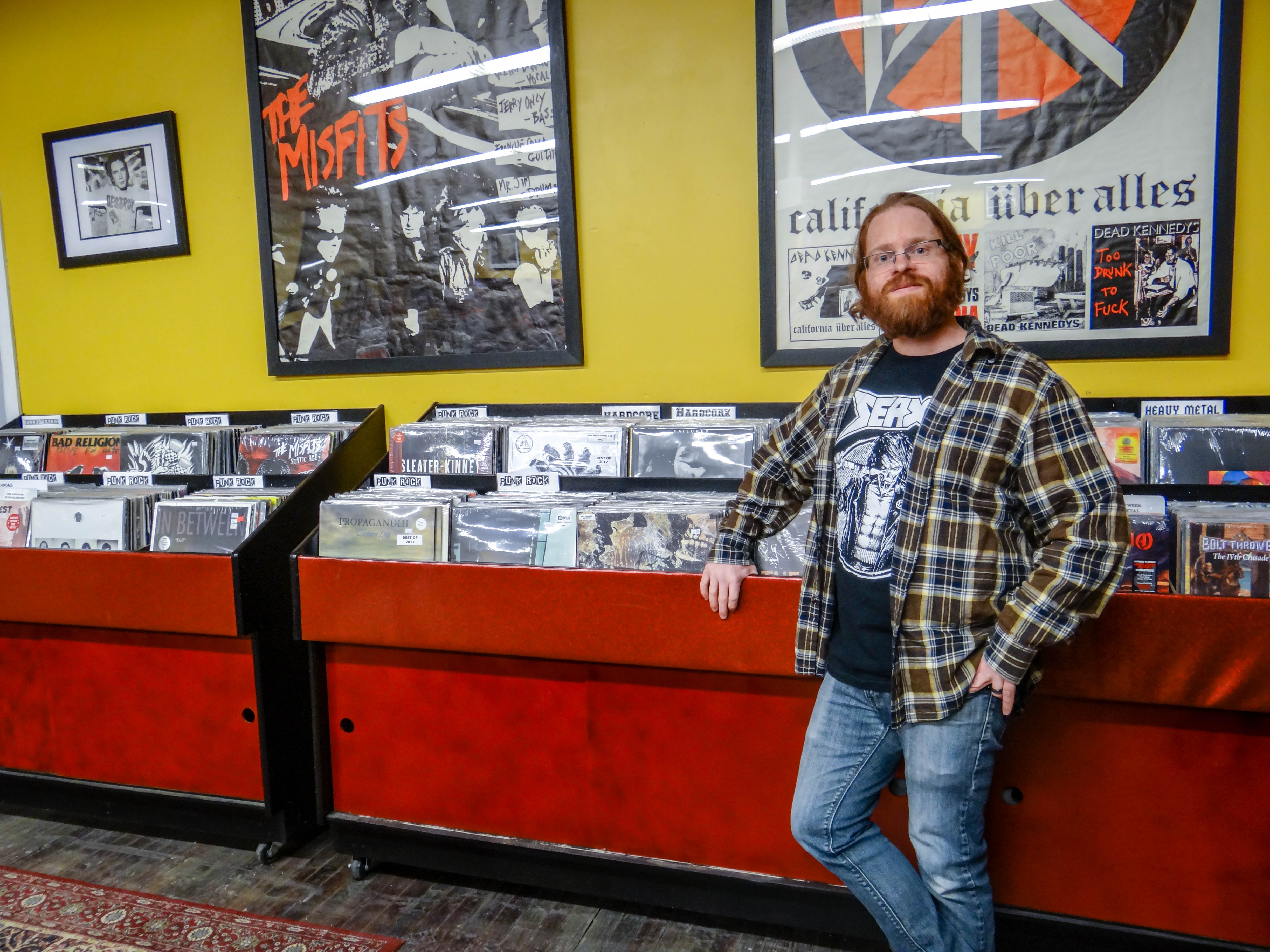 "It just appealed to everything that we liked. We wanted to support the store anyway, and we knew about its customers and what they are looking for."

Jennifer's desire to run the shop is inspired by a lack of local record stores while growing up in El Paso, TX. As a teenager, she became passionate about vinyl from attending local punk shows and buying music from the merch table. She discovered new music by trading 7"s with her friends. "If there was a place where I could shop for records, that would have been momentous for me," says Jennifer. "That makes it feel really important [at Bucket O' Blood], where we can offer that to people. I wish I had that, and it's a big deal that I make it available to others."

The core of Bucket O' Blood's record selection is fueled by brutal energy and fury. "We focus on metal, hardcore, and punk because it's something that's missing from the selections at every other record store," Jennifer says. "It's harder to get, we're into it, and customers are into it." The shop's passion for punk is worn proudly over their record bins, courtesy of some epic artwork of The Dead Kennedys and Sex Pistols. Their best-selling artists include Nine Inch Nails, The Stooges, The Cramps, Black Sabbath, Iron Maiden, Metallica, Slayer, and Mastodon. 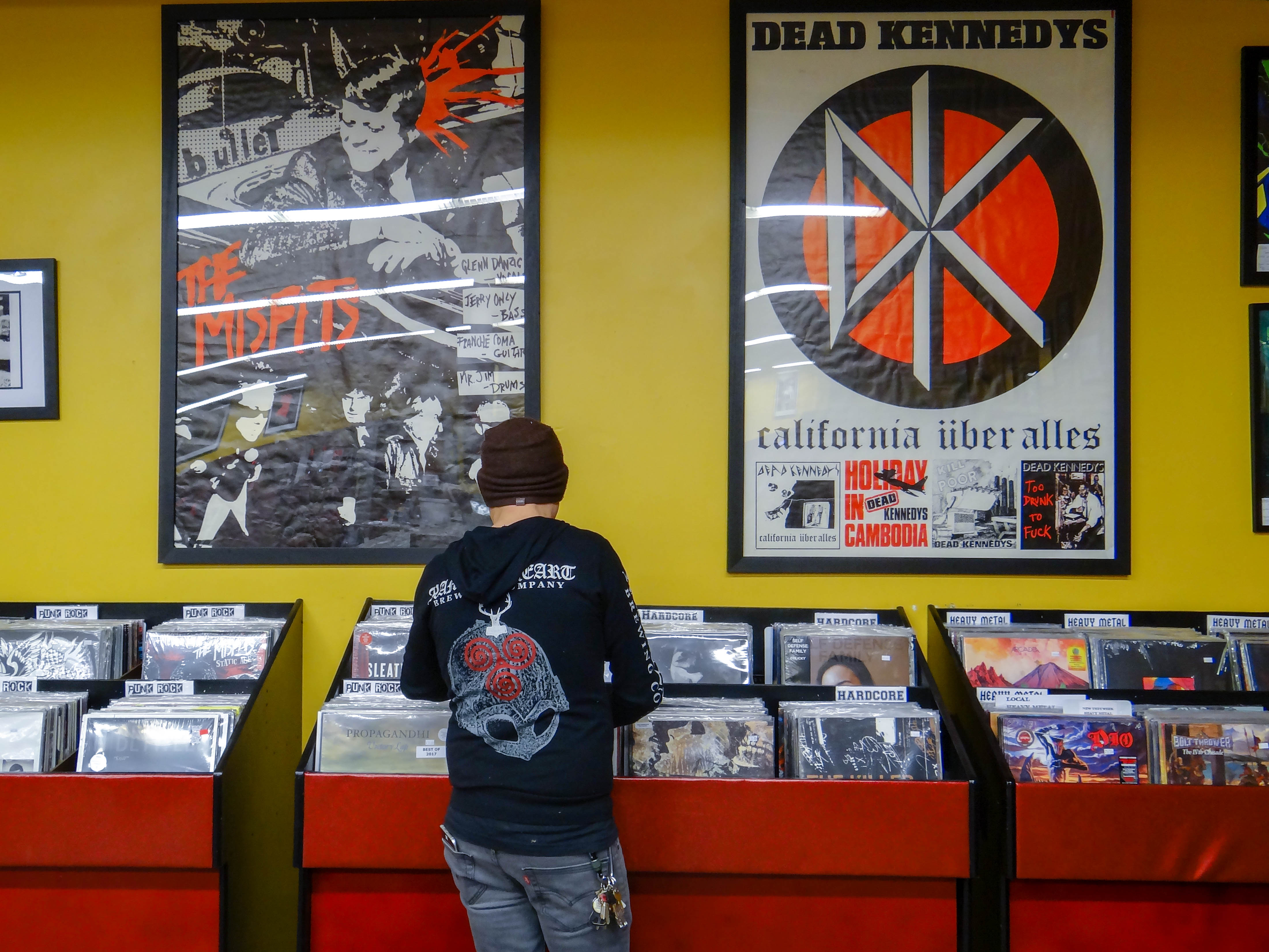 "We focus on metal, hardcore, and punk because it's something that's missing from the selections at every other record store."

While most first-time customers come in to grab these staples, Grant and Jennifer use their charm and inspire them to explore new music in the same, energy-loaded vein. For example, their best-selling album of 2017 was Power Trip's Nightmare Logic, the sophomore album of an up-and-coming thrash metal band on Southern Lord Records. It was commonly recommended to customers buying Slayer records, and its high sales reflect their trust in Grant and Jennifer.

For books, customers go-to destination is the horror section, which is one of the largest collections of the genre in the city. They hunt high-and-low for 80s novels that are out-of-print and keep brand new novels in stock as well. Science fiction classics like Dune and Neuromancer frequently fly off their shelves. Grant and Jennifer enjoy taking part in that excitement with their monthly horror and science fiction book clubs, where they've recently read works by HP Lovecraft, Harlan Ellison, and Joanna Russ. Sometimes, they'll incorporate their reading choices with current trends, like they did with the recent remake of Stephen King's It. 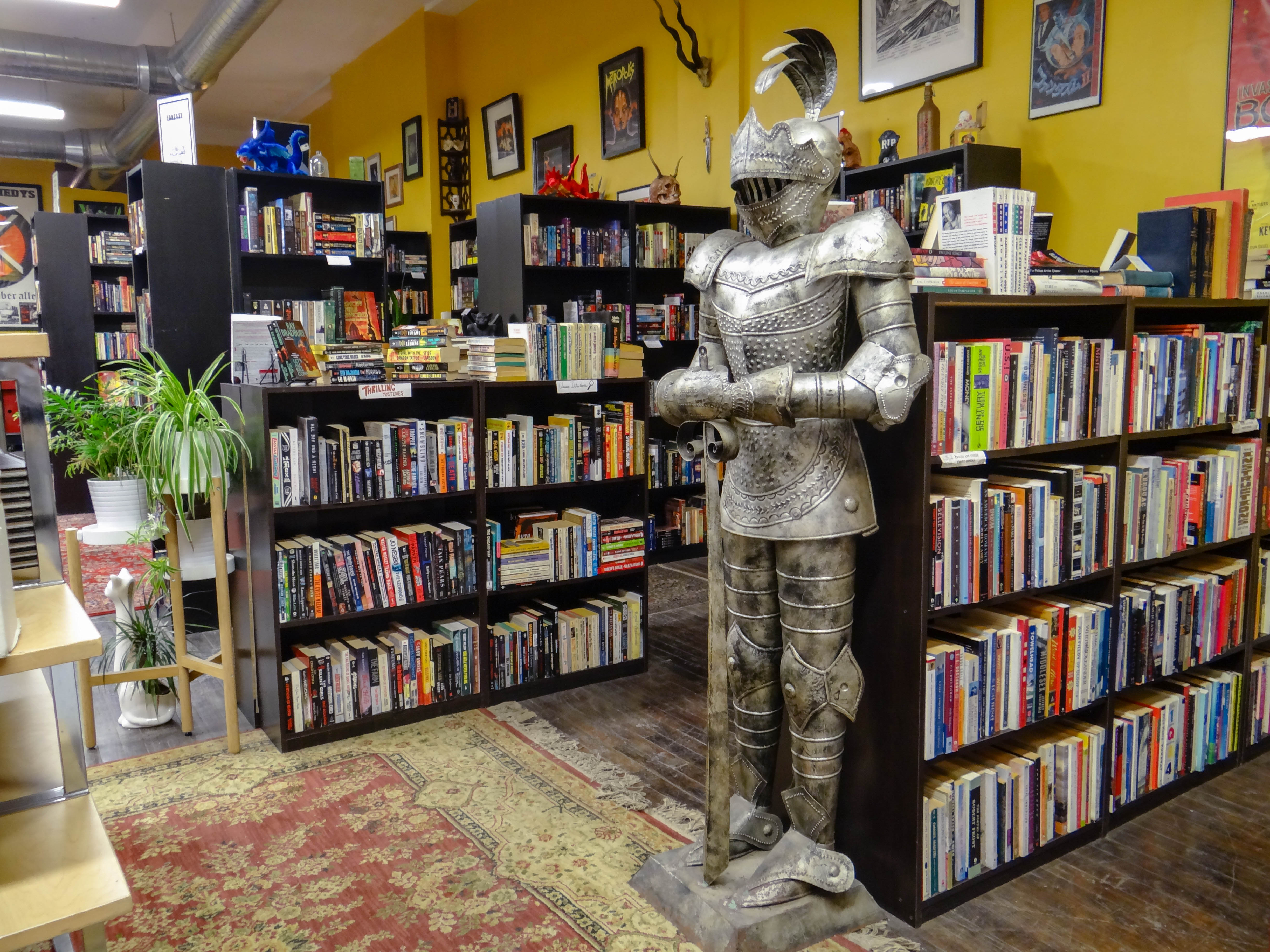 The McKees find the most passion for Bucket O' Blood in these gatherings and the community they've cultivated with their customers. Their open-minded vibe allows the store to become a comfortable playground for music fans to socialize, talk about what they're listening to or reading, and get out of their skin. They had plenty of favorite events to share with us: 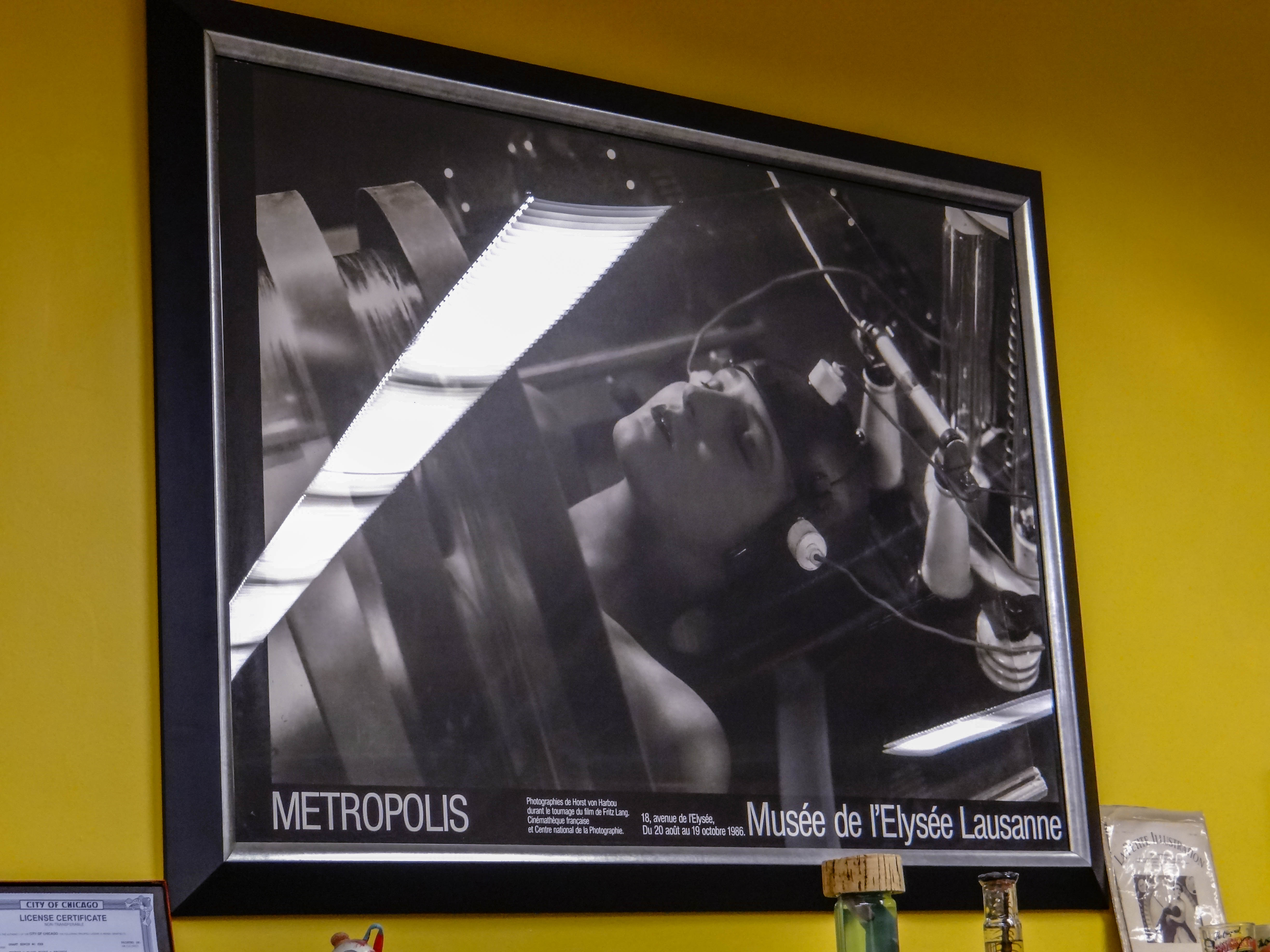 The psychedelic signage fashioned outside of the shop was painted by a member of this tightly-knit customer community, Mac Blackout. "When we first moved into this location, the front of the store looked like garbage. All we had was a small banner because getting a sign through the city is a huge process. Mac said he had a solution if we hired him to paint a mural." While Grant initially thought of incorporating imagery of goblins and dragons in the design, they agreed to make something cosmic and trippy that didn't scare people away. Blackout knocked out the project in only eight days, and his work successfully transports the store into surreal deep space with its zooming planets and eyes tailed with octopus tentacles.

Grant and Jennifer gave us some recommendations to check out from their store.

If you're in Chicago, keep a lookout for these gawking eyes and delve into the fantastical and sinister art Bucket O' Blood has to offer. Alternatively, you can check out their Facebook and Twitter pages, or head to their website here.

Who should we cover next in our record store series? Make sure you let us know in the comments below.