With over four decades of audio making expertise under our belts, we've seen all sorts of technologies and innovations come and go (a moment of of respect for Betamax and Minidisc please) but which ones have been most influential in shaping the way we listen to music?

We've narrowed down three hugely influential innovations over the past 40 years that have significantly shaped the audio industry: Computer Aided Design, Surface Mount Technology and one slightly more familiar one - Spotify. Read on to find out what they are, what they do and why you benefit from them every time you listen to music, though you may not be aware of it!

CAD started out in the mid 70’s, allowing engineers and designers to be able to draw objects on a computer and then be able to manipulate its orientation and scale as needed, rather than manually drawing out each and every option. Initially due to the expense of the computers needed to run this system, it was only used by massive companies in the aerospace and automotive sectors, but since the cost of computers has dropped, CAD has been universally adopted by all as an essential part of any design or construction process.

In terms of building audio products, CAD is part of our day to day. It allows us to generate 3D versions of every component of a product we’re building without wasting time and money on building real life versions that wouldn’t have worked. This way we can get closer to our final version before using valuable materials to make a prototype.  It also allows us to be a lot more experimental and indulge all of those what if… ideas.

Whilst we often take it for granted, it’s CAD that enables us to create as small a PCB (printed circuit board) as possible which in turn is how we can make small portable devices like Bluetooth speakers, or how you can carry around your music, your camera and your maps in your smartphone. Yeah, now you’re feeling all warm and fuzzy toward this CAD hero.

Another step in technology that has enabled us to massively reduce the size of our PCBs (this is where a lot of the action goes on) has been the introduction of Surface Mount Technology. Developed in the 60s but not enjoying widespread use until the 80s, SMT enables us to wire all of the components directly on to the circuit board instead of the older ‘through-hole technology’ (they spent a while thinking up a name for this one) which unsurprisingly involves threading wires through holes to connect the components. Maybe these images will do a better job of explaining this:

Also, by removing these wire links, you eliminate the increased risks of the wire links getting knocked out in transit, or suffering from dry solders so you ensure the reliability of the unit. And if we’re being pedantic about sound quality, which we always are, SMT reduces the signal path (the length the signal needs to travel) which means that you reduce quality degradation. You can see an example of SMT in our CXU Universal Player at the top of this page.

So in summary, using SMT means that the whole PCB can be up to a TENTH the size of one using through-hole tech, and a quarter of the cost. So that’s good news for all of us and explains a lot about the massive of advance/stampede in tech that we’ve experienced over the past 20 years or so.

Thanks to all that PCB microsizing, our hardware was all ready and waiting for something like Spotify to come along and suddenly we had access to all of our music needs all of the time.  Of course, we’re not disregarding some obvious steps that came before this (cue montage that starts at Sony’s Walkman and rattles through the years pausing at the classic iPod and ending up with the iPhone 6S) but Spotify were the first streaming service to really nail the process in a big way that everyone found accessible, so much so that in the UK alone, we now stream over 1 billion songs every day and Spotify have actually just been named the most popular streaming service globally pushing Pandora off the top spot.

Our engineers will only consider integrating streaming options which will provide as glitch free an experience as (non) humanly possible, and again Spotify have excelled in this by offering us Spotify Connect. An easy way for you to stay in your Spotify app which is nice and safe and familiar whilst being able to listen on a bigger system like your Hi-Fi or wireless speaker. It’s as soon as you start operating out of third party apps that you start to find road bumps which is why AirPlay is similarly effective, but up until now has not offered a streaming service…

Thank you Spotify. You may be about to engage in a life threatening bloody battle with Apple Music, but you’ve done good by us so far. 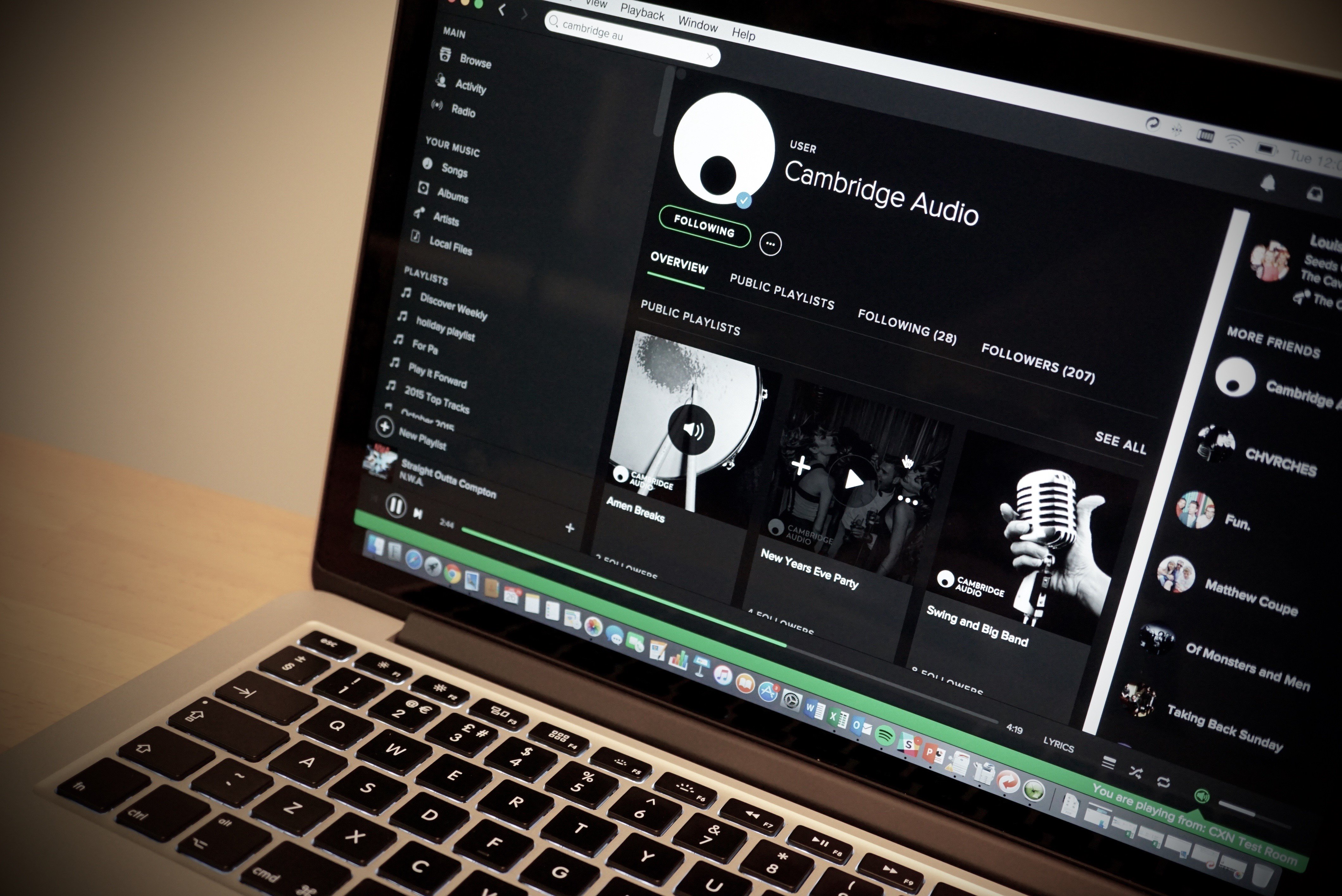