British Recording studios have played a huge part in the sculpting of British Sound, so in our new blog series we’re taking a look at some of these legendary studios. First up, Abbey Road Studios.

Ask just about anyone to name an iconic British recording studio and chances are they’ll answer with Abbey Road. It’s not surprising, after all it has been around for 85 years and during this time hosted a variety of musical talent. Let’s start off at the very beginning.

In the mid to late 1920s, Trevor Osmond Williams the chairman of the Gramophone Company (England’s largest manufacturer or records) was starting to notice the inadequacy of his two small recording studios at the company HQ in Hayes. Although they offered great acoustics the needs of artists were beginning to change. With the thumbs up given to find a new location for expansion, a nine-bedroom Georgian townhouse was chosen at number 3 Abbey Road.

Renovation and construction took nearly two years to complete, as no one at this point had taken on the task of building a facility like it. The studio finally opened on the 12th November 1931, hosting a celebratory opening recording session of the London Symphony Orchestra conducted by Sir Edward Elgar. By this point, The Gramophone Company had merged with rivals Columbia to form Electric and Music Industries Limited (EMI) It’s from here on EMI Studios began to make a name for itself in the world of classical recording and opera, hosting artists like Fred Astaire, Judy Garland and Glenn Miller. But it wasn’t until 1962 when four young lads from Liverpool stepped into the building that the studio’s legacy would really begin to take shape.

Abbey Road consists of three recording studios with a number of mixing, mastering and copying rooms. With the capability to hold a full 100-piece symphony, Studio One is the largest with over 5,300 square feet of space. Studio Two as you can imagine is the second largest at 2,200 square feet and is where The Beatles recorded the majority of their material. It also has the famous wooden staircase that leads up to the control room “That’s where the grown-ups live” Paul McCartney once said. The much smaller Studio Three (1,300 square foot) is the perfect size for pop acts and also used for recording piano and vocals. These rooms all have unique qualities that influence the tracks recorded in them. For example, Studio Two emphasizes the mid-range and has a warm, short reverb. These qualities are so well known that the room’s rental contract prohibits sampling of its acoustic signature! 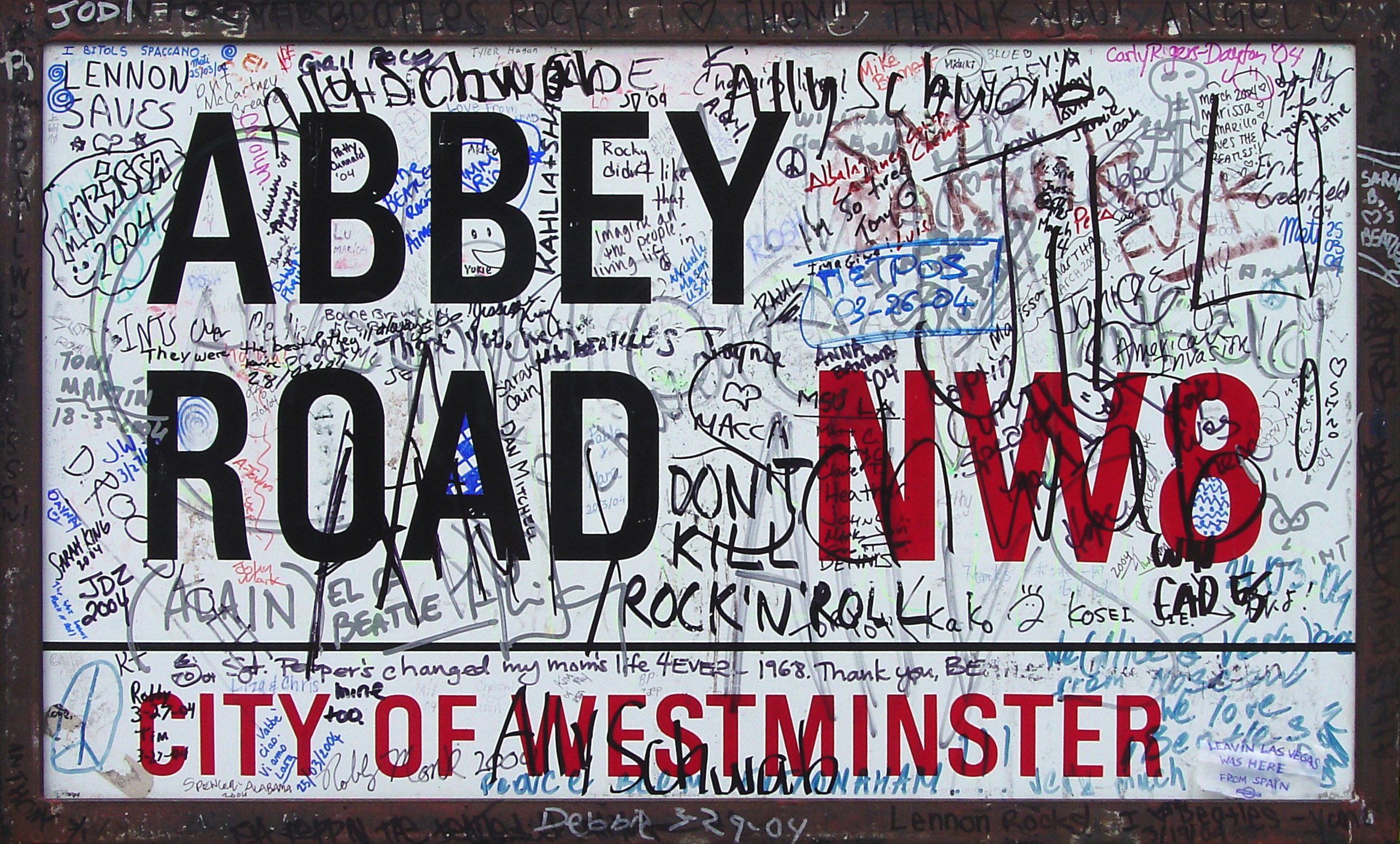 Initially Abbey Road was a deeply regimented operation, with engineers wearing full length white lab coats. When Winston Churchill visited before the war he exclaimed “My God, I thought I’d come to the wrong place. It looks like a hospital”. When the counter culture of the ‘60s arrived it seeped into the studios, where technicians began to take risks and act more playfully when recording sound. They were breaking the rules, but intelligently thanks to their strict training.

The recording equipment itself also helped shape the sound. Much of the gear in the ‘60s and ‘70s were custom built by EMI technicians at the Record Engineering Development Department (REDD), including the majority of mixing consoles and tape machines. If any outside equipment was brought in it was rigorously tested, inspected and sometimes modified if they weren’t quite up to scratch. Their first custom built console was the REDD. 17. Everything was driven by V72 Siemens valve amps. It was introductory to their next two consoles, the REDD .37 and REDD .51. There were two equalisers you could slot into these consoles, ‘Classic’ (mainly used in Studio One) and ‘Pop’ (for use in Studios Two and Three) The main difference between the 37 and 51 was the valve amplifiers used. When making the 51 the team were briefed to develop their own amplifiers simply because the V72s were expensive, which led to the creation of the REDD 47 Preamp. As artists began to push the machines to their very limits, it called for the next step up: the EMI TG12345 which delivered a much cleaner and punchier sound. 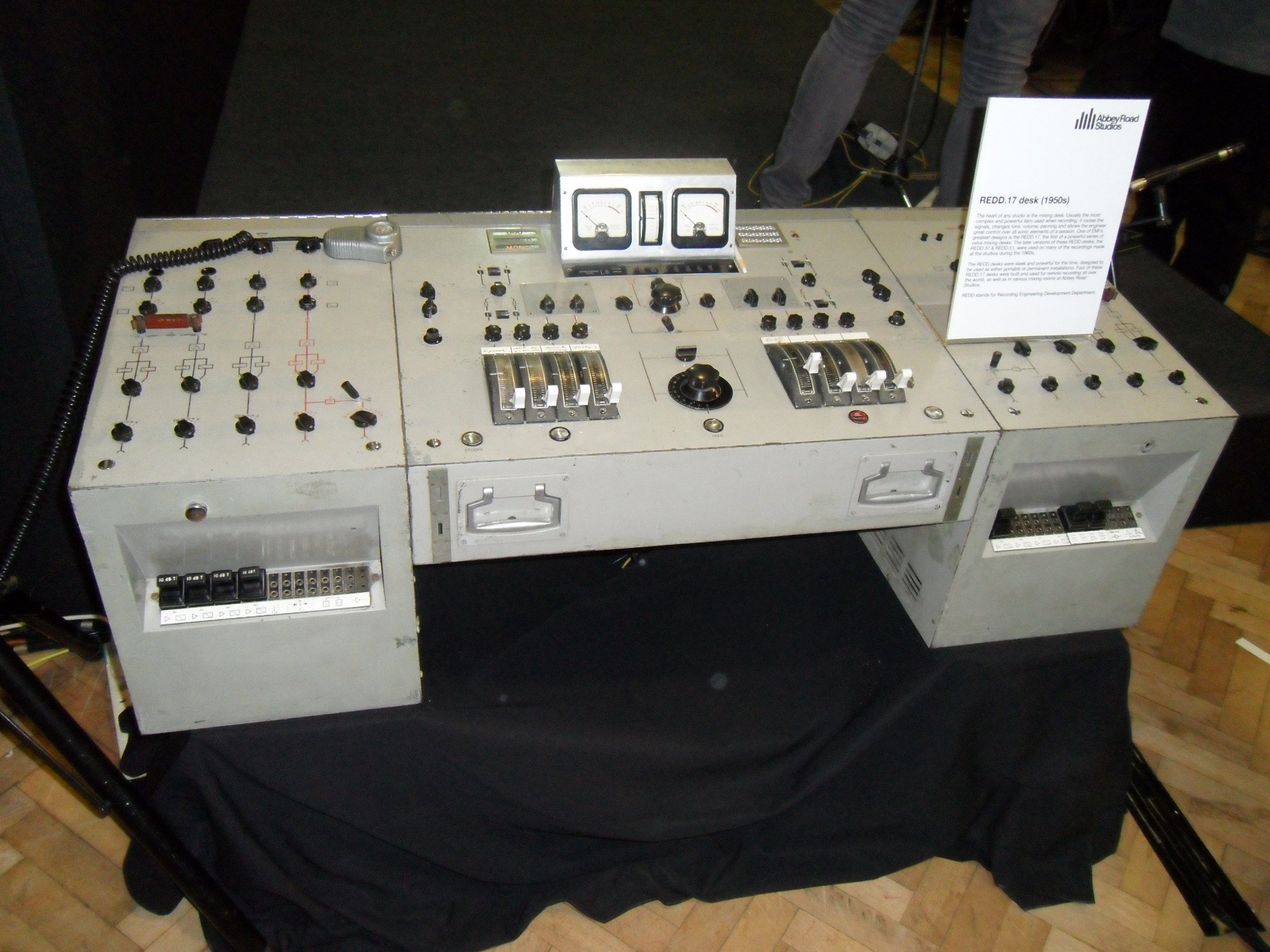 Another huge influence on the Abbey Road sound was the experimentation and techniques used there, including a very important discovery of Artificial Double Tracking (ADT) by sound engineer Ken Townsend MBE. Ken had grown tired of manually double tracking vocal parts as it was near impossible to record the same exact performance twice. Ken connected the primary tape machine to a second machine where it’s speed could be controlled, playing back two versions of the same signal at the same time. Adjust the speed of the second machine ever so slightly and it sounded like a different take. Of course vocals were just the starting point for The Beatles and their experimentation with ADT…

There’s SO much more we could go into with Abbey Road and there’s no doubt that its fascinating history makes it such an iconic studio. In fact you can take a Google Maps styled tour of the studio here (be warned, you may waste away your afternoon doing so!) or even listen to tracks recored from each studio thanks to their brand new Spotify page. There are plenty of other studios that helped shape ‘Great British Sound’ so keep an eye out for our next ‘Great British Recording Studio’ blog piece.