In Tune With Evo

‘Tuning’ is one of the last phases of testing a new product before its release – one of many ways a new piece of hi-fi is put through its paces to make sure it's as good as can be. If you’ve ever gone to a hi-fi shop, you may have ‘auditioned’ a product with one of your favourite songs, or a track you’ve been told showcases the best of a product – but the two processes are quite different.

We spoke to Stephen Tizzard, Electronics Engineer at Cambridge Audio, about the tuning process, the songs used for Evo, and why we do it.

“The psychoacoustic experience of listening can be very emotive, it will reach people in weird ways. Most people aren’t going to be listening to music going, ‘Well, I can hear this detail here, and that detail there’. There'll be not focusing on it, but they will know how it makes them feel,” he explains. “And that's where my job comes in, in trying to convert those experiences that people have into the technical aspect of what's creating those experiences, and how we can get the best of those out of the product.”

So first of all – what’s the difference between auditioning and tuning?

Because a lot of things can affect audio, we will test the sound produced by different components we want to use, like the power amp module in Evo, or its DAC. That’s auditioning and it happens earlier in the process. Once we've auditioned those - and we know what we're going to use - we design the product and fully test it. That’s when we tune it and there's more tweaking and refining of all the components to make it sound as we want it to sound: The Great British Sound.

At the end of tuning, when you’ve got a finished product, you get the listening panel in and they do tests on one product versus another. That’s the second stage of the auditioning process.

Are different songs used in each stage of testing?

Yes and no. If I’m tuning, I will find the songs that best represent differences between certain things that I’m unsure about. So for example, comparing timing in the Evo vs. the CXA81, that will be more apparent in some songs over others. I’ve got a set of songs I’ll choose and I change them occasionally, but they’re songs that have proven to be good for picking out those certain things.

In a way, we want to listen to a worst case – you don’t want to choose a song that’s subtle.

Another thing we have to keep in mind is the recording quality [of songs]. There's no point in using super squeaky clean, modern audio recordings alone, because that's not what everyone's going to be listening to. We add grittier ‘70s and ‘60s recordings in there that are a bit noisier. When we tested CX, we added some Ramones into our repertoire, and then for Evo, I’ve used some old Elvis Costello tracks for the tuning, because they can be quite raw recordings.

So what kind of songs would you use to test something like timing? And actually, what is timing?

It’s like the start of a note, and how urgent or accurate it is and how it lines up across all the frequencies. A drummer’s timing is never perfect, but in modern recordings, they are near perfect. Because the computer or a producer will have brought all the beats in line, you'll find that for certain modern recordings, the timing should be spot on in theory. You should be able to hear the hi-hat and the bass drum and the snare lining up, or if there's a few more syncopated rhythms going on there, they'll sound off from each other but in a good way, like it's supposed to.

There's a couple of tracks I use to determine that kind of thing – the two elements of timing, the actual accuracy of the note itself, and does it have that impact? If there's a big hit, like an orchestral hit, or a big beat going on, can you feel it? And is it right there? Because the timing and how that lines up in the actual track, if it's slightly off, you can't hear it in terms of, ‘Oh, I know this is late’ or ‘that's early’, but it will affect how it makes you feel.

One of the tracks used was ‘To the Blade’ by Everything Everything. That has a lot of good moments in it and some big differences in sections. It starts out very sparse with not much going on and then suddenly you get a big hit when the rest of it comes in. Then the next section has some really fast hi-hat stuff, and if the timing’s off on that, you can tell because it sounds really messy. But if it’s accurate, it sounds together and all there.

Another one was ‘Kick Out the Jams’ by The Presidents of the United States of America. That is an incredibly messy track. I even used 128 kbps MP3 for that one to see how it does with some pretty poor quality stuff. I say poor quality, it's very much a rock track and if it copes with it well, you know you've got a good system. It needs to sound urgent and fast, because it's properly going for it the whole way through, it doesn't stop. It's like a one-minute song or something and it's full on all the way. That's the kind of atmosphere you're going to want to make sure is there.

What else do you test for?

Detail is a good one. The grittier or darker tracks will pick up timing more, but when you go for detail, you go to a modern track with squeaky clean recording. We often use tracks from Daft Punk’s Random Access Memories, it’s a very well-recorded album.

A lot of classical music tends to be recorded at a much lower level than pop stuff, rock or even some jazz to an extent. It’s not taken up to the maximum volume level, it’s usually about 10 decibels down, so you generally need to turn it up, but that reduces the resolution. You’ve got fewer bits to play with and it also increases the noise. A lot of classical tracks are noisier – they’re usually recorded in a venue, you’ve got an orchestra in a room and it’s a bit more live than songs that are cut up loads and produced to within an inch of their life. With classical music, you want to be able to hear a lot more of the detail.

For Evo, we used Dvořák’s New World Symphony, a very specific Decca recording by the London Symphony Orchestra and István Kertész. The breath noise of a flute or the bow of a violin, those kind of things that you want to pick out, that's when you need something orchestral.

Do you have a favourite song used in testing?

I don’t generally have favourites! If I'm doing the tuning, some of the songs are chosen based on what we know are good ones, or that we've come across as a group. The rest of the stuff I choose is often based on my music preferences, so a lot of the songs would be my favourites – not because I'm choosing my favourites over others, but because they're easier to tune with. I've got to spend hours in those rooms with those songs, and I've got to make sure they're not my complete favourites, because by the end of it I'll have ruined my enjoyment of them from listening to them too much.

The one that's stood the test of time is Purcell’s Dido and Aeneas, a 1961 recording with the English Chamber Orchestra and Dame Janet Baker, because it's never grated on me. I would still listen to it on a personal level, and not just for tuning or auditioning. It's one of the last arias in the opera, 'Dido's Lament', which is famous in itself. I think Annie Lennox did a cover of it. It's supposed to be quite a sad song, but it's quite rich-sounding, the strings sound lush. I never grow tired of it.

Thanks for your time Stephen!

Listen to the tuning playlists via Spotify or Tidal. 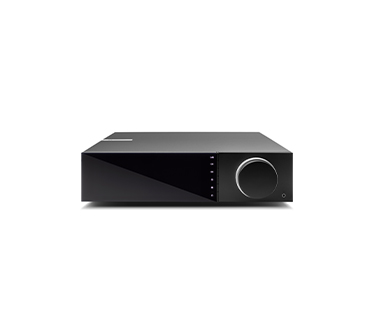 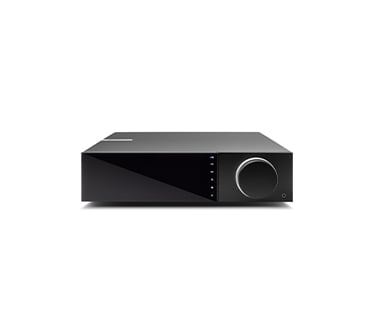