How Should You Stack Your Hi-Fi Units?

Some enthusiasts aren’t too keen on the practice whilst others embrace it, but should you stack your hi-fi? And if so, how?

Terminology in the world of hi-fi can sometimes be a funny business. Some names and descriptions have been in use for decades. The ongoing change in how we listen to music means some of them have joined together in new ways which is why some network players including our CXN and 851N are sometimes described as 'streaming/DAC Preamps' combining the functions of a number of different units.

One term that does seem to be used less and less is 'stack system.' It referenced the ability of separate electronics to be placed on top of one another to save space and give you a mighty “tower of power” formed by your equipment. The term might have fallen slightly out of popularity with the public but it hasn't affected the ability of equipment to stack on top of each other. A worthwhile question however is should you do it? And what do you need to look out for if you do?

In our case, we design all of our separate units to support more weight than its own. As our units tend to be reasonably large, placing each of them on its own surface isn’t always going to be an option. We always ensure our equipment, where possible distributes its weight evenly so that if it’s stacked, it doesn't place an uneven load on the surface it’s on. We also make sure the base of the feet on our products are soft so they don't mark the surface they’re placed on. They're extremely grippy too so equipment shouldn't move around too easily.

So within reason (we'll get to this a bit later…) you can safely stack your equipment on top of one another. There are some other things you need to know though. The first is your amplifier, or if you’re using a separate pre and power amplifier the power amp section. The amplifier needs to be able to radiate any heat it generates whilst it’s in use so placing devices on top of isn’t something we’d encourage. Whether you’re using our equipment in your stack or units from another brand, we recommend that the amplifier/power amplifier is placed on the top of any stack of electronics. 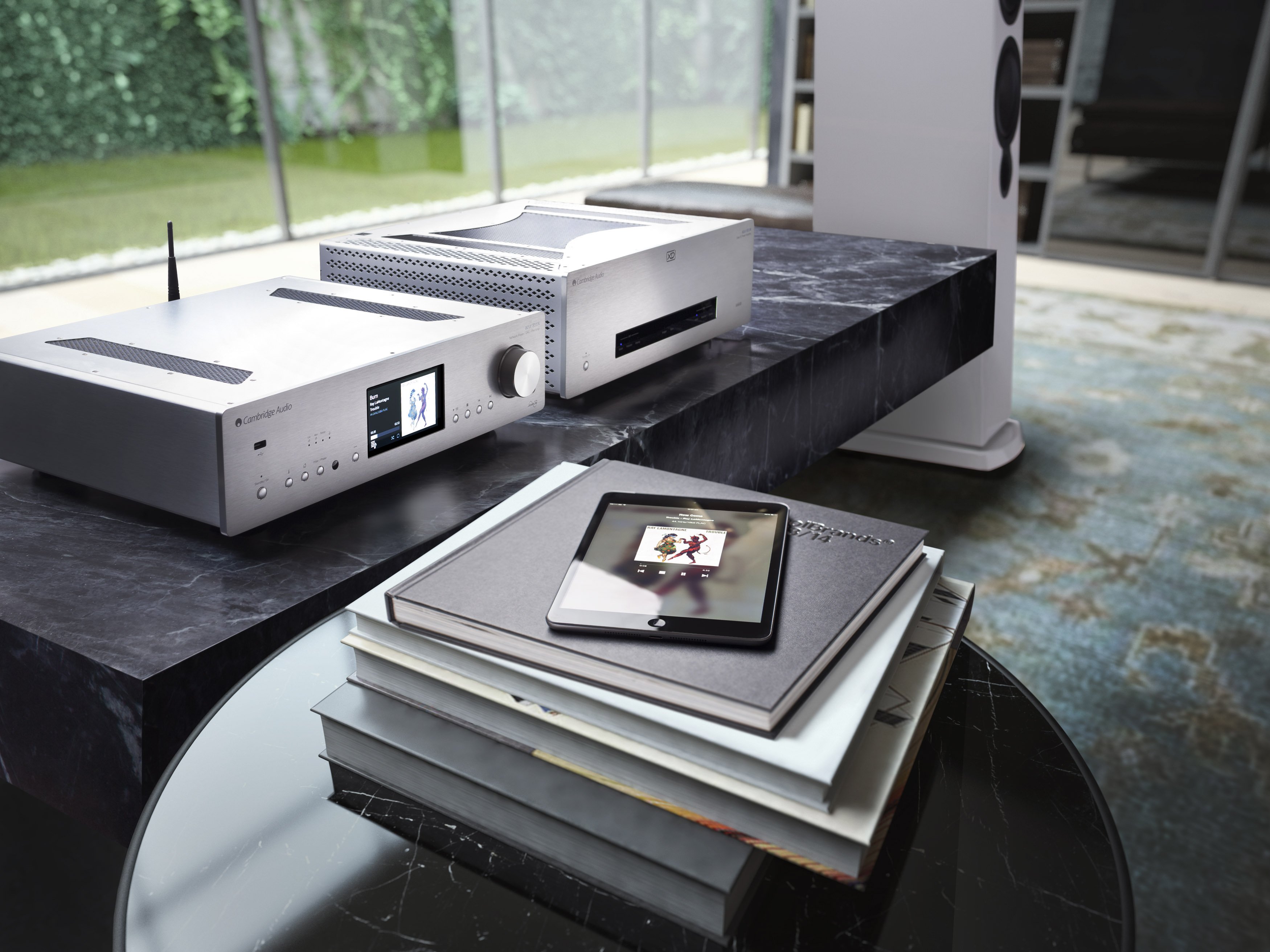 However as the amplifier is usually the heaviest component in most systems, this can limit the amount of equipment that should be placed under an amp in a stack. As a rule of thumb we'd suggest not having more than two units underneath an amplifier, as that bottom unit will be supporting a fair amount of weight by this point (which is what we meant by 'within reason' earlier) If the amp can be stacked next to the other equipment, this rule of three becomes a little less important.

If you have the space to do so, the best performance will always be gained by keeping equipment apart from one another. A separate equipment rack will give you a little more performance from your equipment and remove any restrictions on stacking height. Why does a rack offer these benefits? The simple answer is that it allows each piece of equipment you own to be isolated from one another and this can be hugely beneficial. Many pieces of equipment can radiate a great deal of energy from their power supplies and this can affect more sensitive equipment around them.

If everything is placed on its own shelf, each unit can work with the required isolation from one another with no chance of any interference affecting the performance of each unit. In the case of very sensitive devices like turntables, this isolation is vital to ensure they give their best as they’re also sensitive to vibration and any degrees of lean placed on them. Your cabling can be arranged in a much neater and more orderly fashion too. Plus, rack based systems are MUCH easier to dust….

Ultimately, you’re well covered if you need to save a little bit of space. Keep your amp on top and stack sensibly and you'll be able to enjoy your equipment without having to replace units down the line. If you can move to an equipment rack, you’ll see some further benefits in both performance and decor. You’ll find some passionate arguments for and against CD players taking the bottom position of a stacked system but generally, we feel it doesn’t make too much of a difference. We’ll let you take sides on that one! Stack systems as a term might have fallen by the wayside a little, but you've still got the ability there if you need it.

So, are you stack or no stack? Let us know with a comment below and tell us how your hi-fi system is stored.