The next studio we’re looking at in our blog series was arguably one of the most successful independent studios in the country: Olympic Studios.

So in part one of our series we looked at the iconic Abbey Road Studios, home of The Beatles. While that was their renowned home, pretty much everyone else recorded at Olympic Studios in Barnes, London. And that’s no exaggeration either. Led Zeppelin, David Bowie, The Rolling Stones, The Who and Jimi Hendrix are just some of the legendary artists that have stepped through their doors to lay down some tracks. It was also a popular location for recording film scores including The Italian Job and The Rocky Horror Picture Show.

Our story actually begins in a completely different building to where the Olympic Studios legacy finishes. It’s a tale of two studios if you will…

In 1957 a 24-year-old business chap named Angus McKenzie took out a lease on an 18th century West End ex-synagogue known as Carlton Hall near London’s Marble Arch. A few years before this Angus had bought a Fulham based ‘cut-your-own-disc’ business named Olympia Studios. With ambitions set much higher, he teamed up with Dick Swettenham and converted the hall into a professional recording studio, replacing the ‘a’ with a ‘c’ in the name during the process. With soon-to-be legendary recording engineer Keith Grant jumping from IBC to join Olympic, the studio started to attract a wealth of clients and all was splendid… until 1964 at least when the lease wasn’t to be renewed as the building was to be demolished for a car park.

Keith was tasked with finding a new location and came across Byfield Hall in Barnes. Once the home to the Barnes Repertory Company, a cinema and more recently a TV studio, the building was waterlogged and partially roofless. Keith saw its potential however and we’re quite glad he did… from then on right up until 2009 the studio hosted a whole host of musical talent before it was converted back into a cinema and cafe. which you can visit now! If you're in the area, you can also visit the nearby Marc Bolan memorial which marks the location of his tragic road accident. 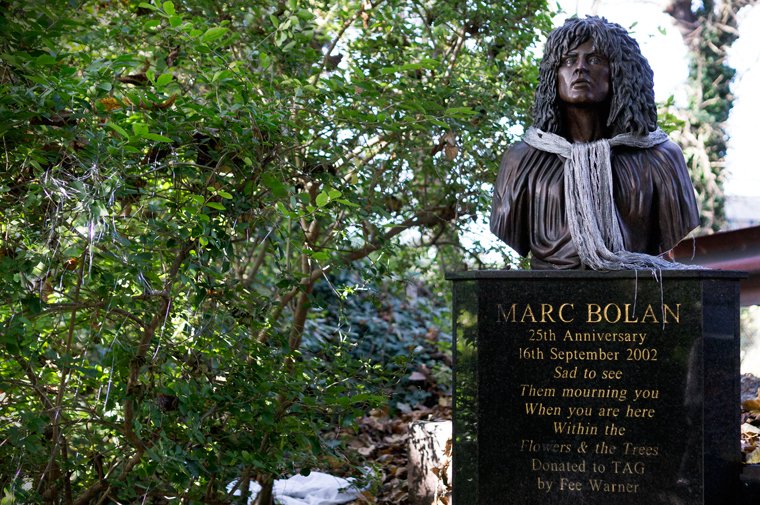 The renovation process of the Barnes studio was a long and tiresome one. As mentioned it was partially flooded, you could see through parts of the roof and the rooms were thick with dust. However, with its previous stint as a TV studio, it’s main room was perfect for becoming the facilities ‘Studio One’ as it was sizable enough for a camera and dolly to circle the room in its broadcasting heyday. It was an extremely versatile room that adapted to whatever was recorded in it, from 60 piece orchestras to four-piece rock bands, everything sounded amazing. To free up the huge space for orchestras and film scores, a second studio was built in 1968 which eventually through reputation became a haven for rock and roll bands, so much so that Mick Jagger took it upon himself to design and furnish the décor in the room. If you skip to around 04:40 in the video below there's a sneak peak at a recording session at Olympic studios from 1966.

Much like at Abbey Road and generally the trend of big recording studios at the time, most equipment was custom built. The first mixing console designed by Dick Swettenham was in particular iconic as it was one of the first to take advantage of the wraparound design. Everything was now in reach from one place, so no more having to move around the desk to tweak the sound (serious first world problem right there) But it also meant no pesky producers could get at the desk and change things around (although they installed a ‘DFA’ fader at the end of the desk that belonged to the producer to keep them occupied, you can probably guess what DFA actually means…)

A technique that was credited to engineer Geroge Chkiantz at Olympic Studios soon became a staple of psychedelic rock, known as phasing. The Beatles and Sir George Martin were in Olympic Records (yep, they did sometimes venture away from Abbey Road!) to record backing for All You Need Is Love. Martin asked if they could use ADT (artificial double tracking) on John Lennon’s voice. It was a unique technique at the time and Martin described it to the team but they were unable to repeat it, which of course pissed the guys at Olympic off to no end! Chkiantz therefore made it his mission to create his own peculiar tape effects. Going down a similar route to ADT, he came across the effect of phasing (or flanging) which they instantly began using on mixes for Small Faces and of course, Jimi Hendrix. 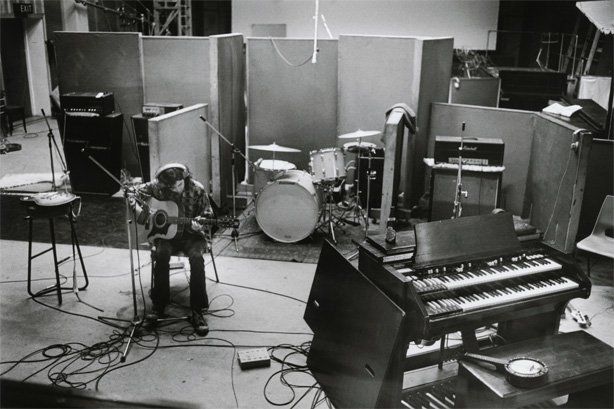 Another contributor to Olympic’s success in their earlier days was the sheer amount of engineering talent that worked there. As studio manager, Keith Grant formed an elite squad of technicians during his time their making the effort to further train and mentor them. Because of this there was a grand sense of camaraderie in the studio and no secrets were ever kept. As soon as flanging was discovered, everyone at Olympic knew how to do it by the next day. Everyone was equal and helped on each other’s tracks. This laid back attitude perhaps was the reason why Olympic became a hang-out spot for legendary British artists. Keith Richards, Mick Jagger and John Lennon were just some of the guys who were known for randomly turning up to hang out and get involved on various sessions.

Speaking of Mick Jagger and The Rolling Stones, the legendary Sympathy For The Devil was recorded at Olympic in 1968, around the same time Cambridge Audio was first formed. It’s a track we often use when demonstrating our product range.

As we’ve mentioned, Olympic Studios is still standing but now as a cinema and café. But it’s pretty cool you can head down there and take in the aura of the building and its legendary impact on the world of music. To see out the blog, we've included a video of the last ever session at Olympic Studios which was by the staff who worked there.