Halloween is right around the corner, so there’s no better time to marathon a few horror films, especially ones with soundtracks to put your home cinema system through its paces.

Is there a more iconic soundtrack than the John Williams score for Hollywood’s original blockbuster movie? Williams only needed two menacing bass notes to strike fear into movie goers for over 40 years, with piano and cellos joining in and ever so slowly picking up pace as the shark gets closer to taking down its prey. The harp accompanying the underwater shots also matched the calm of the water before all the action kicks off. A precedent was set for all horror going forward.

You know which bit we’re going to talk about don’t you? (insert stabbing hand motion here) The instantly recognisable and jarring strings being forcefully yanked back and forth created a scene instantly recognisable that even non-movie fans can recognise. It paved the way for the role of strings in horror soundtracks and thanks to composer Bernard Herrmann, really helped Alfred Hitchcock’s Psycho solidify its place in time as a cultural reference point.

Bonus Fact: It was the first American film to ever show a flushing toilet.

David Cronenberg likes to tackle technophobia and media consumption themes in his movies with a body horror flavour, which is especially true in his bizarre sci-fi horror epic Videodrome. The music perfectly matches the surreal images on screen with jarring stutters, glitches and technical beeps that are combined with ominous organs and synths. In a way it’s a musical interpretation of what’s happening on screen, as the strings are manipulated to sound more computerised.

Bonus Fact: The majority of the trailer was made using a Commadore 64 computer.

You can’t talk horror without mentioning John Carpenter. Known more for his directing work, Carpenter can be a very hands-on guy in the world of filmmaking. After screening Halloween for a young industry exec who wasn’t scared one bit, he vowed to “save it with music”. Listening to the main theme with its creepy building piano is enough to unsettle most, then each layer of synth and drums is added and taken away to unnerve and build on the iconic theme. It’s also written in the odd 5/4 time signature to add to its peculiar and jarring arrangement.

Bonus Fact: This was Jamie Lee Curtis’ first feature film. She was paid only $8,000.

A rare example of a recent horror done well is 2014s sex = death movie It Follows. A very original film that also pays homage to various horror staples and classic movies throughout (Halloween in particular), whilst showcasing a sinister synth heavy score that gives off a cool retro vibe at the same time. The performances aren’t particularly strong, but Disasterpeace’s soundtrack helps to sustain and build the tension and suspense. It’s fine to be unsettled by a film when it sounds this good.

Bonus Fact: The timeframe of the film is purposely ambiguous as it features subtle tech placement including CRT TVs, cellphones and various different models of car.

The Nightmare Before Christmas (1993)

Is it a Halloween film? Is it a Christmas film? Whichever holiday you think it should sit with, it’s difficult to argue with its frightfully catchy soundtrack thanks to the legendary Danny Elfman. Although not one of his best known works, this Disney animation has amazing charm with the instantly catchy ‘What’s This?’ and the funky show tune inspired ‘Oogie Boogie’s Song’. Ok so maybe this isn’t strictly horror, but we had to fit one in for the kids!

Ok so we’re diverting ever so slightly with this 80s vampire movie as we’re not picking it for its original score, but because of the awesome tracks used in it. A great snapshot of the 80s including INXS, The Who’s Roger Daltrey and an eerie cover of People Are Strange by Echo and the Bunnymen. They even jam out to some Aerosmith during a terrifying vampire feeding scene.

Bonus Fact: The film is named after Peter Pan’s companions ‘The Lost Boys’ who all remained forever young.

Another film we’ve chosen for its track selection is the disturbing, dark comedy slasher flick based on the Bret Easton-Ellis novel of the same name. Serial killer Patrick Bateman takes down his victims in horrifying ways, sometimes after lecturing them on his favourite albums and artists which include Robert Palmer, Phil Collins and Whitney Houston. When you see the iconic scene with Christian Bale and Jared Leto, you’ll never listen to Huey Lewis and the News’ ‘Hip to Be Square’ the same way again…

Bonus Fact: The biggest cost for the movie was buying the rights to all the songs featured in the film.

Iconic with its main baddie Freddy Krueger, what it isn’t particularly known for is its awesome and underrated soundtrack. The main theme’s almost industrial feel combined with the melody and slow pace are what nightmares are made of. Some of the later scenes have a cheesy 80s action movie vibe thanks to their heavy synth use but it’s perfectly justifiable, as our characters are fighting off Freddie in their dreams. Give this one a go and pay particular attention to the soundtrack and see what you think.

Bonus Fact: Another acting first in our list, this time for Johnny Depp.

We couldn’t finish off the list without mentioning Mike Oldfield’s Tubular Bells. It’s a piece of music that’s still haunting to this day thanks to its pairing with The Exorcist. Director William Friedkin happened to stumble across the piece after struggling to find a composer that he could see eye to eye with. The album of the same name went on to become the first million selling record for the newly formed Virgin Records.

Bonus Fact: When initially released in the UK, it was banned in certain towns by local councils for being too scary. This led to the phenomenon of ‘Exorcist Bus Trips’ from travel companies arranging trips to nearby towns so film goers could still see it.

There’s no doubt we’ve missed a load of movies with amazing horror soundtracks, so make sure you tell us your favourites in the comments below.

How Do I Connect My TVB2 To My TV? 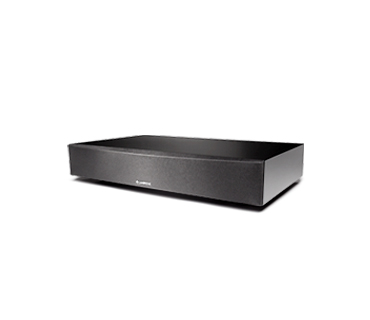