Music Unites is a benefiting charity of our SE1 headphones and will be hosting their biggest event yet with Compton Unified Schools on March 28th, 2018. Founder Michelle Edgar's passion for music education inspires thousands of kids nationwide to discover themselves through performing and learning about music.

Cambridge Audio is comprised of a community of passionate music students. While many of us play instruments and gig around London and Chicago, others love learning about new artists and albums, researching the finer details of our favorite records, and supporting artists that donate meaning to our lives. Our varied backgrounds inspire us to learn from each other and find greater depth in the art we love.

This innate quality is what drew us to Music Unites, which is an organization that functions in a similar way. Founder Michelle Edgar curates one-of-a-kind music-education experiences for at-risk youth. Edgar is a lifelong musician who majored in piano performance and journalism at Northwestern University and claims music education helped her find her true identity. She wanted to lead a cause that provided kids with the same opportunities that she had.

Edgar founded Music Unites in January 2009 with a desire to make a difference and inspire kids through music in her local community. Her first professional jobs at Vanity Fair and Women's Wear Daily left her feeling disconnected from her musical side, and her boss at Women's Wear Daily told her to "follow the music”. She saw that as a sign to rediscover her passion in life.

Edgar initially had little success when researching nonprofits who fit what she hoped to achieve – namely, a collaboration with musicians from a variety of different backgrounds. Undeterred, she decided to create her own organization. Her decision was solidified after she attended a benefit concert at Carnegie Hall for the Rainforest Foundation, a non-profit run by Sting and his wife Trudie Styler, in 2008. Musicians like Billy Joel, James Taylor, Brian Wilson, and Feist came together for one night to cover classic songs and celebrate music, and the proceeds went to indigenous people living in rainforest communities. Edgar was enlivened by the concept and felt inspired to make a similar impact with a cause close to her heart: music education. In an article for Huffington Post, she stated, "like the Rainforest Foundation, we try and create a powerful musical experience by pairing different genres and types of artists together to heighten the awareness of different musical forms and break barriers.”

Her first project was the Music Unites Choir, a high school group composed of students from all five boroughs of New York City. After successfully funding it within the organization's founding year, the choir went on to perform at Carnegie Hall as a part of a tribute to The Who and collaborate with artists like The Roots and TV on the Radio. That success led Edgar to form more NYC-based choirs: one youth choir would perform in the red-carpet, world debut of Annie in New York City in 2014 and another would become Women's Academy of Excellence's first proper music program in 2010. 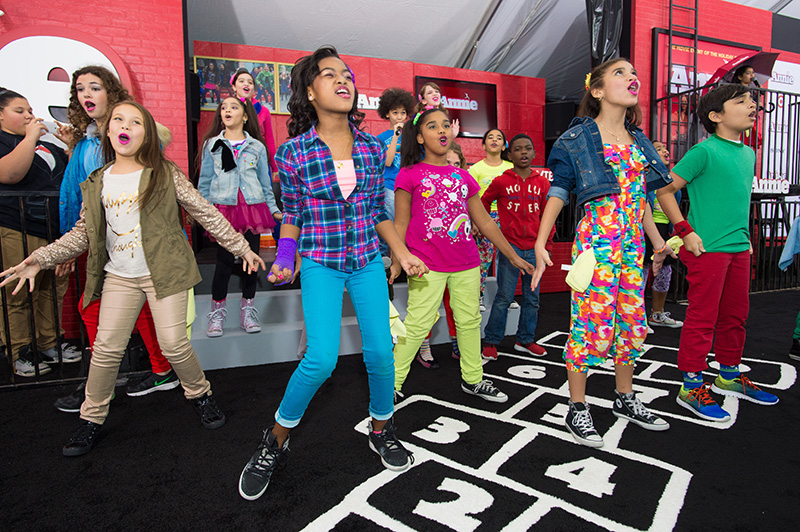 Since the inception of Music Unites, Edgar's mission has expanded like wildfire and helped fulfill aspiring musicians' dreams in several ways. Music Unites hosts after-school programs in elementary and high schools across the United States, including New York City, Los Angeles, Chicago, and Washington, D.C. They offer a wide array of programs, from guitar and beat production lessons to full choirs, orchestras, bands, and jazz ensembles. If schools can't afford learning materials and instruments, the organization aims to provide everything needed, so students can discover themselves while learning, creating, and playing music. Given that music programs are often first to be cut when schools make curriculum adjustments, Edgar and Music Unites are there to deliver an essential puzzle piece to a complete education.

What sets Music Unites apart from any other music charity are its Music-Veristy workshops. There, kids interact with successful artists and music-industry leaders like mentors and learn how their determination and practice has taken them to where they stand today. They learn that there is more to the music industry than being a performer onstage, and this guidance helps them realize that their talent, passion, and drive can take them a long way in the music industry.

Music Unites has hosted master classes with artists like OK Go, The Zombies, and Kate Nash. During these sessions, the artist teaches students how to play a song from their catalog and, by the end of the class, perform it together, as if the class were members of their band. They have also taken students on field trips to legendary recording studios like Village Studios and Paramount Recording Studios. Producer Swizz Beatz, who is a big supporter of the non-profit's mission, welcomed Music Unites youth into his personal recording studio and recorded some musicians in the tracking booth. One student who performed in Swizz's studio, Candance Lee Camacho, made her professional debut under the moniker duendita in 2014 and plans to release her first EP sometime in 2018.

No other organization has embraced Music Unites’ mission like the Compton Unified School District. In April 2016, the district reserved one of the classrooms at Kelly Elementary to construct the very-first Music Unites Academy. "It's a comprehensive piece of making music an essential facet of our campus," says Jeff Harris, Director of School and Community Partnerships at Compton Unified Schools. "Music education is really key to providing a well-rounded education for our students that nourishes the whole child. Not only does it engage students more in school, it helps increase attendance, lower the drop-out rate, and make life more fun, whether they're listening to or creating it."

Compton Unified Schools now wants to build two more Music Unites Academies at Bunche Middle School and Centennial High School and are committing $50,000 to bring them to life. To celebrate, they will host Music Unites Day on March 28th, which will mark the first time the school district has dedicated an entire day to music education. The event will include three assemblies at the three Music Unites Academy sites on the last day of school before spring break. It will feature performances from J.D. McCrary, John Lindal, and Tone Stith along with presentations by Randy Jackson and Tim Storey. They are also partnering with WeDay to close each event with a motivational speaker, hoping that students will take what they learned from these inspiring music figures and apply it to their own aspirations. 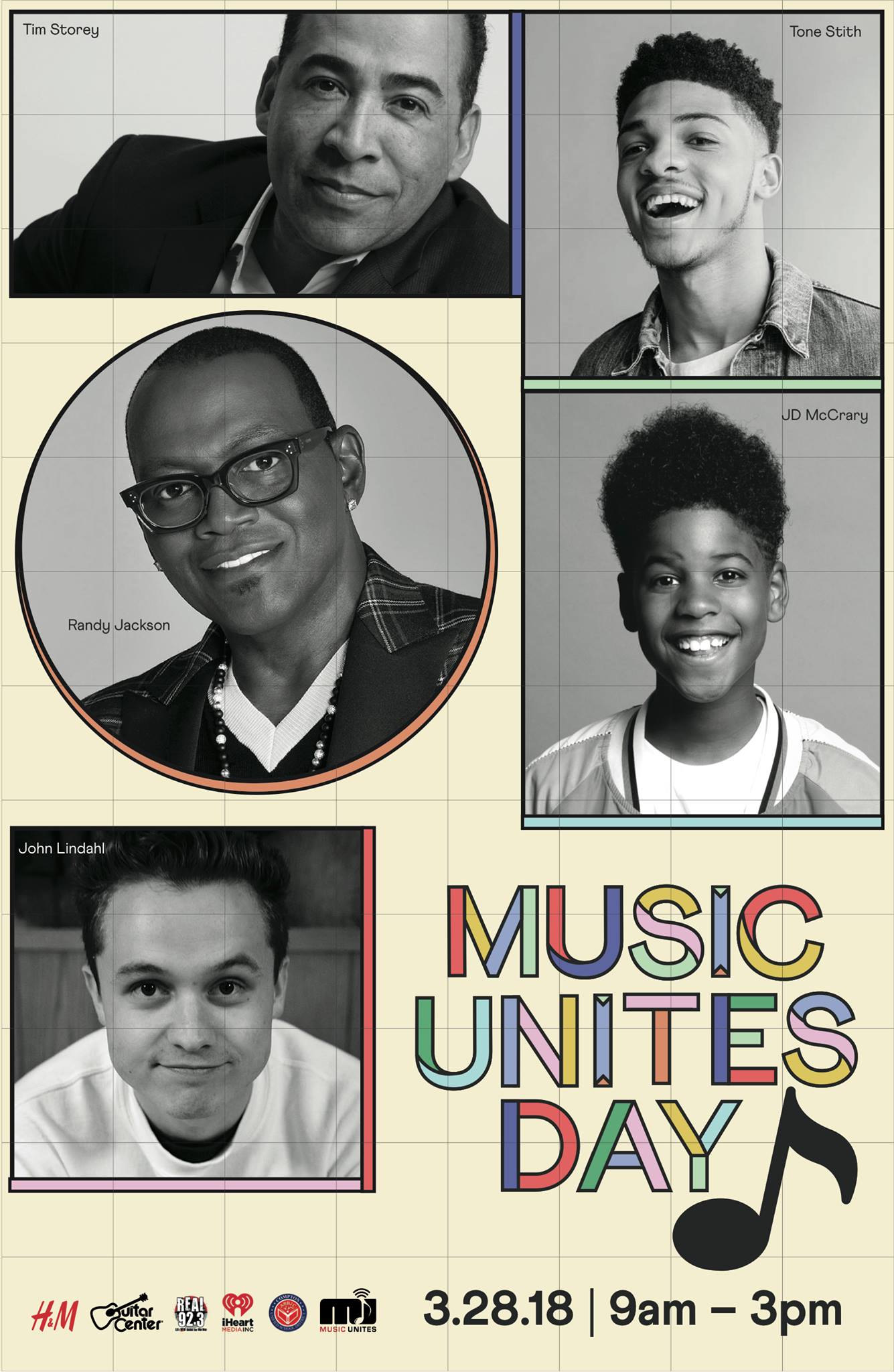 At the forefront of all of these inspirational projects is Michelle Edger, and during our conversation with Jeff Harris, he couldn't stress that enough. "She is a ball of energy who brings her passion for youth and music education to this partnership," says Harris. "I'm constantly impressed by her and the way she's built Music Unites to ensure we're doing right by our students. You can always hear the wheels turn in her brain when she's thinking of another innovative solution or great idea. Michelle doesn't do anything in a small way."

We can't wait to attend Music Unites Day with Compton Unified Schools and Music Unites! If this story resonated with you, purchase a pair of our SE1 headphones, and 50% of US proceeds will be donated to Music Unites and Merit School of Music. Or, click here to make a donation on Music Unites' website.