How Can Music Improve Your Sporting Performance?

There’s plenty of sporting goodness to get excited about this Summer, but can music help guide these sportsmen and women to victory and if so what type?

There are a few things that us Brits are renowned for. Some of these include queueing, politeness, music festivals and fish and chips. One area where we’re not so consistently venerated is sports. So with another Summer of HUGE events the nations nerves are tested once again as we cheer on our national heroes. We thought we’d do our bit to spur our side on to victory with some help on what music will get the most out of your training.

Picture the scene: You’re at the gym ready for an intense cardio session, stepped on the treadmill and then realised you’ve forgotten your earphones/iPod! Heart breaking isn’t it? Then spare a thought for marathon runners in the US when the governing body for running, USA Track & Field banned earphones and portable music devices in 2007. This was “To ensure safety and to prevent runners from having a competitive edge.”

A way this competitive edge comes in to play is through dissociation, diverting the mind when fatigue starts to catch you up. Dr Costas Karageorghis from Brunel University (who’s name you’ll see pop up again later) asked participants in a study to exercise on a treadmill to the likes of Queen and Red Hot Chilli Peppers and stay in time to the beat. Findings showed that running to the music increased endurance by 15% and reduced perceived effort by 12%. Reinforcing this, the Olympic gold winning Ethiopian runner Haile Gebrselassie famously synced his running pace to ‘Scatman’ by Scatman John and broke the 10,000 metre world record as it played around the stadium. Don’t believe us? Listen VERY carefully when watching the video below and you can hear the song playing in the background.

We’ve yet to implement The Scatman into our workout regime, but we’re hopeful the same rule applies to other tracks. Dr Karageorghis has said before that music is a “Type of legal performance-enhancing drug.” Morrisey also said music is like a drug, maybe he was on to something…

Let’s look at where we’ll probably need the most help, football. The Institute for Sports Science at the University of Hanover conducted an experiment that showed footballers performed better when listening to music of a set rhythm through a pair of headphones. In three experiments they pitted two five-a-side teams against each other. The first game with no music, the second with one team listening to synchronised fast-paced electro music at 140 bpm with the other team receiving different music differing in rhythm. For the third game they switched headphones. The team listening to synchronised music statistically performed much better based on frequency and accuracy of passes, goals as a result of teamwork and conclusion of the game. We doubt we’ll be able to sneak some wireless earphones onto the pitch but could always try a FIFA bribe...?

Failing that, we could try some tunes outside of the 90 minutes that Dr Karageorghis believes can increase performance as much as 10%. These are split into three categories:

If you’re reading this Roy Hodgeson, we’d be happy to put some playlists together for you, just give us a call. 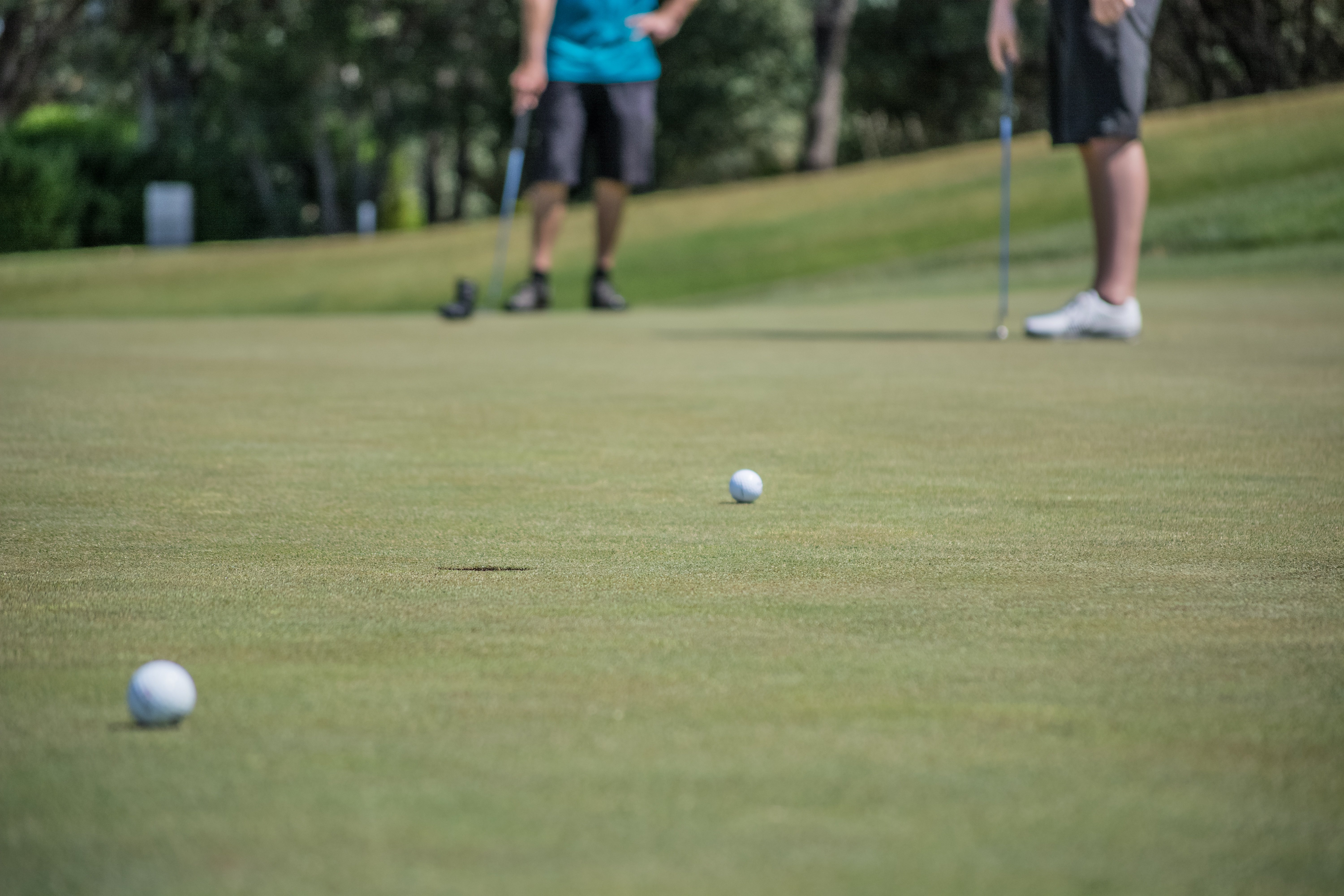 Golf (US and British Open)

As golf has a much slower pace than most sports, you’d assume the same would go for its accompanying music. And you’d be right. A study published in the Journal of Athletic Enhancement took college level golfers and gave them five genres of music to listen to while putting; country, classical, rock, jazz and hip-hop, and compared these to putting with no music. Surprisingly the results showed that all genres except rock improved performance over no music at all with jazz as the clear leader with men putting nearly 2 holes better. Rock music tends to increase heart rate and doesn’t go very well with sports requiring precision fine-motor skills. Maybe the silence signs held at golf tournaments should read ‘jazz’ instead.

Feeling motivated? Then put on your best running shorts and turn up our Cambridge Cardio playlist. Make sure you share with us the songs that get you pumped up!