As we're heading toward our 50th birthday next year, we've had a look back at the history of Cambridge Audio.

Our History and Heritage

We’re so dedicated to putting sound first that in our time we’ve created many unique technologies that have been at the forefront of audio innovation to guarantee our products the purest sound.

Our first ever product, the P40 integrated amplifier went down in the history books as the first amplifier to use a toroidal transformer. This was a significant innovation and is now – because of its superior performance – a standard component inside virtually every hi-end amplifier produced by manufacturers since then.

The follow up to the P40 came only a couple of years later in 1970 with the P50. This was a much more powerful amplifier with a unique active volume control, useful for matching a variety of different input levels.

1971 saw our first foray into the world of loudspeakers with the R50 Transmission Line Speakers. These seven foot beasts used a ‘tapered labyrinth’ construction, dampened with lambs wool to reduce distortion. However, it did mean each speaker weighed over 44kg… 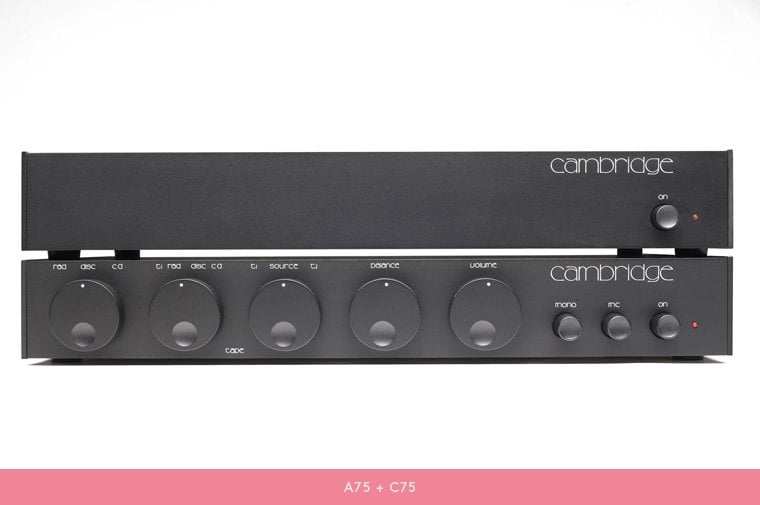 A new decade meant a new look and range, which was especially evident with the C75 pre amplifier and A75 power amplifier in 1984. They used high current output stages and a new, low distortion amplifier design called ‘segmented equalization’. End panels could be used to combine the C75 and A75 into a single unit. More innovation came a year later with the CD1, the world’s first 2-box CD player with the upper deck carrying the control, transport and power supply while the lower housed decoder and analogue filters. To this day it’s known as a landmark product in CD reproduction thanks to its unique design incorporating three DACs per channel and three power supply transformers. 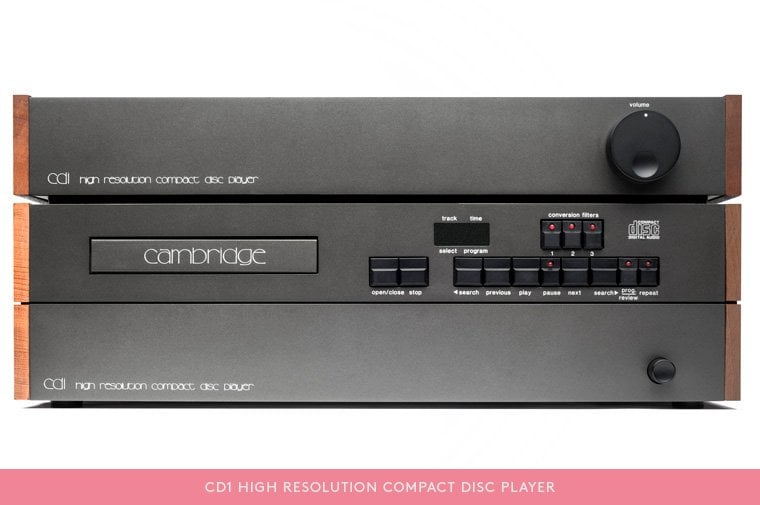 In 1995 we launched our A1 integrated amplifier which was the first product to come out of the company since it was bought in 1994 by the present owners James Johnson-Flint and Julian Richer. From the start, they were committed to the idea that Cambridge Audio should continue to create ground-breaking, original & proprietary technologies and they did exactly that with the A1. It was a huge success and one of our best selling products ever.

By 1996 Cambridge Audio had a complete digital and analogue engineering team capable of designing and developing complete products in-house. One of the first products to benefit from this was the original DacMagic digital to analogue convertor launched in 1996 to almost universal acclaim and the distinction of being our first outright What HiFi? award winner.

Another first in 1999 was with our first step into the home cinema market with the V500 Dolby digital Decoder. Since then we’ve kept on top of the market with the release of DVD, AVRs and Blu-Ray players.

This led to our critically acclaimed Azur 840 series released in 2006, the first of our products to re-define what is meant by ‘affordable hi-fi’ whilst also enabling us to establish ourselves as serious players in the world of high-end audio. The Azur 840 series used two key technologies that we designed in-house and still use today:

Our patented Crossover Displacement (XD) amplification combines the performance of Class A with the efficiency of Class AB. At the time it helped the 840A to be selected as the 2007/2008 two-channel amplifier of the year at the prestigious EISA Awards.

We also developed Adaptive Time Filtering (ATF) up-sampling which up-samples any digital signal – such as CD’s 16bit 44.1Khz - to a 24bit, 384Khz signal which presents a much more accurate audio soundwave

2008 also saw the release of the new DacMagic which swiftly became the ‘go-to’ hi-fi upgrade setting the standard for stand-alone DACs. It came at the right time too, as from here on we’ve seen a DAC resurgence that’s still alive and kicking today.

Another proprietary technology we introduced to our products were the hybrid BMR (Balanced Mode Radiator) Drivers used first in our Minx Min10 and Min20 satellite speakers in 2010. BRM technology uses a single, flat panel to produce an ultra-wide range of frequencies, eliminating the need for a separate tweeter.

We still use the BMR Drivers today in many of our wireless speakers, loudspeakers and our 3rd generation Min12 and 22 satellite speakers. We applied them to our new Aero speaker range which won “What Hi-Fi? Sound and Vision’s Best Speaker Package of the Year” award in both 2013 and 2014. The Aeromax range followed suit using new BMR drivers, improved cabinets and upgraded crossovers.

2011 was another landmark year for Cambridge Audio with the introduction of the NP30, our first Network Music Player, and the first to use our own meticulously built StreamMagic streaming platform. This platform continues to be developed and has won five What Hi-fi Awards, most recently including the 851N and CXN streamers. 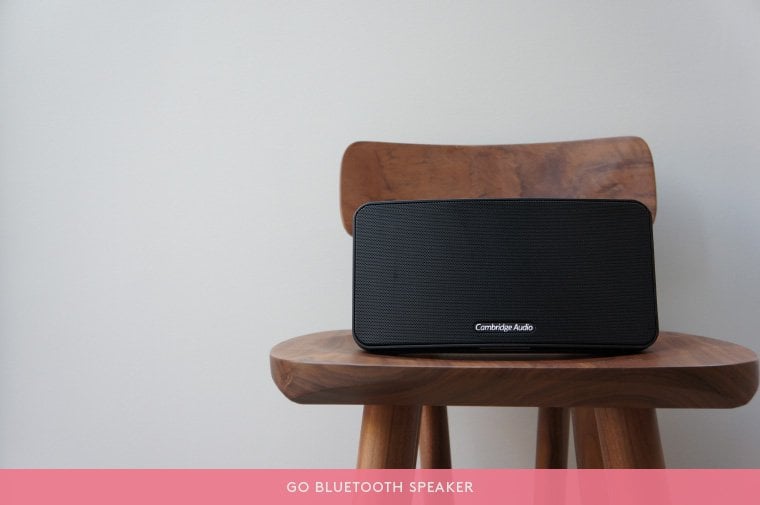 By now we had established ourselves in the traditional world of hi-fi and home cinema, but 2013 saw us take a bold step away from the latter to take on the world of wireless speakers. Our Minx Air speakers were one of the first to be able to play music using three different wireless connection methods: Bluetooth, Airplay and Internet Radio. The portable Minx Go Bluetooth speaker shortly followed, becoming our fastest selling product to date. Since then our wireless range has expanded with several award winning wireless speakers, TV soundbars and soundbases 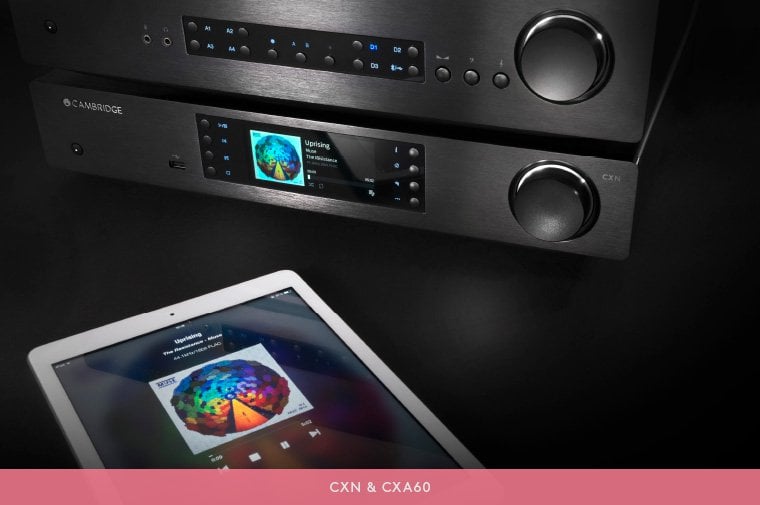 2015 saw the release of our most celebrated and award winning hi-fi range, the CX series. What Hi-Fi? awarded us 5 star reviews across the range, Product of the Year awards for the CXA60 integrated amplifier and CXN streamer AND a Best Buy award for the CXC CD Transport – not a bad haul, especially as the CXA60 and CXN picked up further What HiFi? Awards a year later in 2016.

All of our design process is carried out by our engineering teams in London and Cambridge. 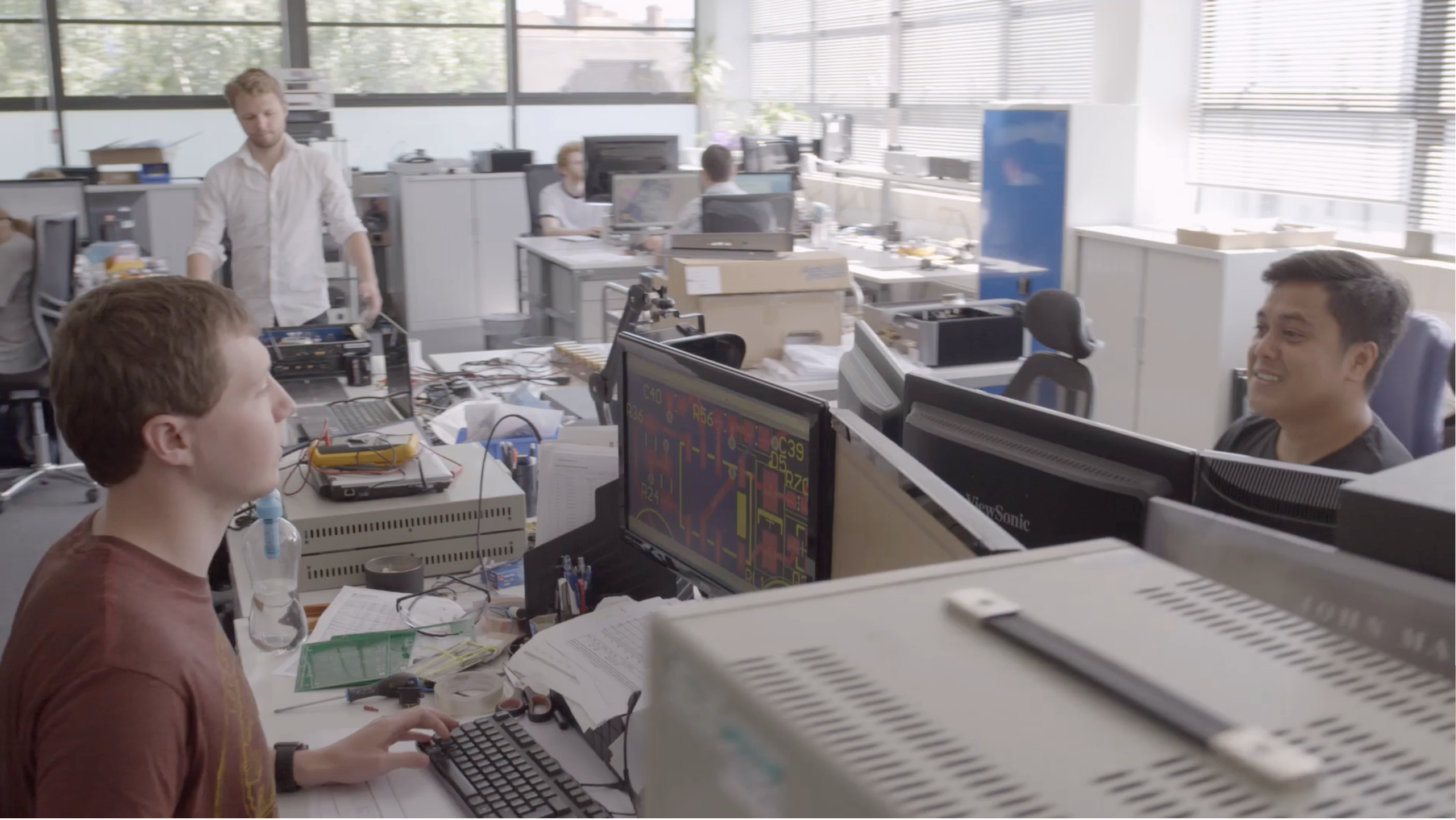 As well as creating our own technologies, we achieve this sound by identifying the best possible components for the job and then fanatically fine-tuning them so that nothing comes between you and your music.

Our focus is to make your music sound exactly as it was made to be heard so you too can enjoy Great British Sound.