You might have heard of DSD audio, but what exactly is it? Here’s everything you need to know.

In the last few years, digital audio has become a bit more complex than it used to be. You can listen to digital files in a wide variety of formats and we’ve written blog posts about these and the differences between compressed, lossless and high resolution files before. There is one format that’s supported by some of our products that’s different to any other digital media though. This format is called DSD and there are some myths and misconceptions about the format that we’re going to try and clear up.

DSD stands for Direct Stream Digital. It’s a high-resolution format that produces a high-resolution signal in a different way to that employed by the PCM system that can be transmitted as WAV, FLAC, ALAC or AIFF. If we were to look at a ’24 bit 96kHz’ file- a commonly used high resolution sample rate, this contains a stream of information 24 bits in size. This stream of information is then sampled 96,000 times a second- giving us the 96kHz part- to produce a signal that is then converted to an analogue signal by a DAC. The system has been used since the dawn of CD (which uses a 16/44.1kHz signal) and it also represents the basis of how our ATF upsampling process works.

DSD takes a different approach to the creation of a high resolution audio signal. Instead of using many bits of information in the signal, DSD uses a single bit. However, instead of sampling the information several thousand times a second, this single bit samples 2.8 million times a second to generate the audio signal. The result is still a high-res signal it’s just generated in a completely different way. 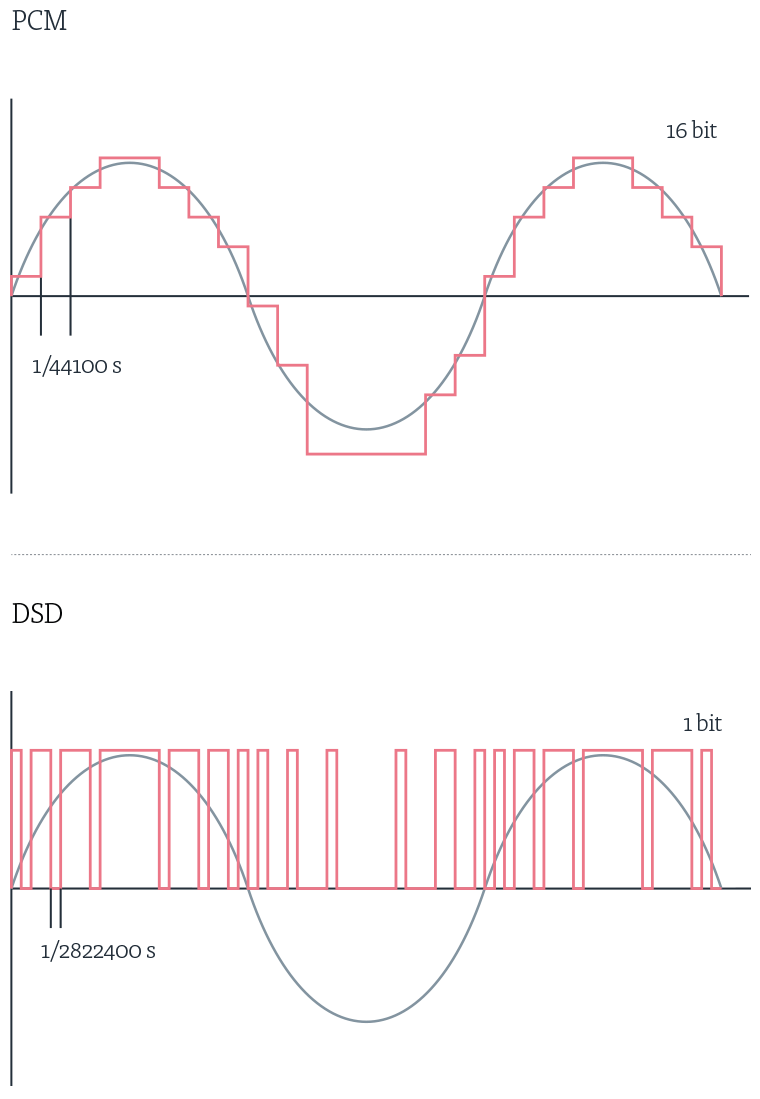 DSD also came into being for slightly different reasons to most other formats. In the 1990s Sony and Philips worked together to develop the replacement for the CD. The result was Super Audio CD, a format supported by our CXU Universal Blu-Ray Player. The high resolution content on SACD discs is encoded as DSD (many discs also have a CD layer so they will also work on a conventional CD player). SACD didn’t go on to replace CD and remains a specialist format, but the world of digital audio has moved into places beyond physical discs.

This left DSD a format without a medium, but the ‘character’ many people feel that DSD brings to music has meant that it has returned as a downloadable format that can be used via UPnP Streaming or USB. So what is this character? Many fans of the format say that there is a naturalness and tonal sweetness to DSD that’s not found in more conventional formats and that it’s easier and more forgiving to listen to. This is hard to prove outright but our view has always been to try and let people decide for themselves, so both our CXN and 851N network audio players support DSD.

There are some important details worth knowing when making a comparison between DSD and a FLAC file, for example. The first is that DSD is not magically better than its rivals. A ‘standard’ DSD file- often referred to as DSD64 is roughly equivalent to a sample rate of 24/88.2kHz. ‘Double DSD’ or DSD128 samples that single bit of information 5.6 million times a second to give you a signal equivalent to 24/176.2kHz. Again, this is a sample rate that can be reproduced by formats that are not DSD. Higher rates exist but they are very, very rare. If anyone says that DSD is ‘better’ than other formats, the numbers don’t necessarily support that. 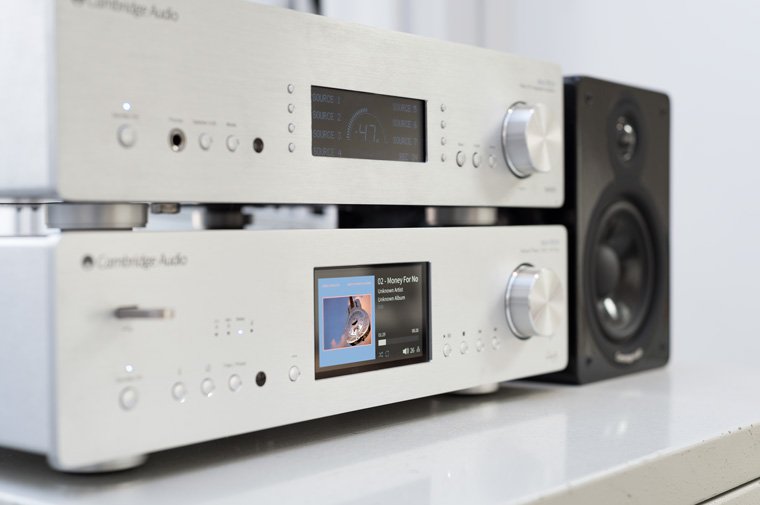 Against this, there are some more logical answers why many DSD recordings sound very good indeed. Studios that master music in DSD specialise in high quality recordings of extremely good musicians. Because of this, DSD material includes some sensational music and if you’re a fan of classical music in particular, you’ll find that some of the finest performances by orchestras and composers have been captured in DSD and thanks to the care and effort that went into them, they sound fantastic even before any of the benefits of the format come into play.

DSD isn’t currently a mainstream format and there’s a chance it won’t ever truly be something there’s a huge choice of music in. Despite this it does have some truly stunning recordings in exceptionally high quality and thanks to its inclusion on our network streaming products, it’s something you can enjoy as part of your wider listening.

Do you have DSD files in your digital music collection? Is it your format of choice? Make sure you let us know in the comments below!