We sat down with Youth Music CEO Matt Griffiths to learn more about the charity’s work and why fans of Rizzle Kicks and Laura Mvula owe these guys a big thank you!

Tell us a bit about the various Youth Music projects?

In total we’re supporting about 350 projects across the country reaching around 75,000 young people every year. That includes children in their early years, teenagers and people in their early twenties. Young people’s passion for music is really high in this country, but because of their difficult circumstances many don’t get a chance to make music. This is where we come in and break down those barriers. Young people love all different types of music, so we invest in projects that put young people at the centre - they also help decide how their projects are going to work. It’s about what music they love and using it as a starting point. It’s anything from techno, electronic, hip-hop right through to folk, jazz, improvised music, classical. This diverse range is really important to us. We don’t try and promote a musical hierarchy, because sometimes it can feel like there are areas of music that are seen as more important than others in this country.

Do you think there’s a lack of music education for young people in schools and could that be a reason why children don’t get the chance to make music?

As it stands, it’s statutory obligation for schools to provide a music curriculum right through from primary school to Key Stage 3 (aged 14) before they decide on their GCSEs. Sadly, that’s being squeezed at the moment because of the push on STEM subjects (Science, Technology, Engineering and Maths). This is important but it can mean sometimes subjects like music are neglected. There’s some fantastic work going on in schools but I also think young people see their music-making in school to be different from their musical passions outside school with no direct relationship between the two. We look at this relationship closely to see how we can bring those two worlds closer together. The nature of the curriculum that classroom teachers have to provide means it’s rarely centred around the students’ personal interests.

So what inspired you personally to get involved with Youth Music?

I always wanted to be a drummer, that was my goal in life from being a teenager. I wanted to be a percussionist and make my living as a musician and fortunately I was able to do that. But it was pretty tough along the way - you get people saying things like ‘you can’t make it’, ‘you’re not very good’. It’s always a struggle to be what you want to be because of what people tell you. I then got involved in working with young people with drums and quickly realised that not only is making music in itself amazing, but also has all these added benefits of personal and social development too. Fortunately, I had a supportive home life and was able to progress, but I recognise that a lot of people with great potential face massive barriers and that’s where we come in. So I think the idea of Youth Music being a strong social cause got me involved.

"We don’t try and promote a musical hierarchy, because sometimes it can feel like there are areas of music that are seen as more important than others in this country."

What did you do during your career as a drummer?

I completed a music course at college in 1989 and the following Monday I went self-employed, determined to be a musician. I taught people how to play drums in a drum shop, I did sessions for TV recordings, I’ve been a pit musician in a theatre, I got to perform solo pieces that composers would write for me. I started to grow by doing workshops in prisons, special schools and mental health units. Any sort of place where music-making could be particularly valuable. I think that’s where the main link to Youth Music is. I did that for 10 years and it was great, just me, my van and my gear on the road!

Do you think it’s harder to make music for a living now than when you did it?

Back then there was this linear progression system of music education where you went through O Levels and then on to college or university, and it’s still very much there today. I think it’s hard if you haven’t followed that path but still have have the potential. On the other hand, there are more opportunities and a huge range of routes now. Young people can make music much more easily now thanks to technology - what’s hard is then being able to progress further, particularly if you have these challenging circumstances in the way. There’s some interesting statistics about the numbers of bands breaking through today with relatively privileged backgrounds, whereas in my day there were schemes like the YTS (Youth Training Scheme) where you could learn your craft as a musician on the dole. In that era, loads of musicians and bands came through from all sorts of diverse backgrounds. I think that’s got lost a little bit. My worry is that music becomes a career more for the privileged in a very general sense – not necessarily just those from private schools but those who have family support, those who haven’t faced difficulties in childhood. Meanwhile the underdogs who’ve got potential miss out because of the barriers in front of them. If you have the opportunity and the supportive background it’s fantastic but there’s still an imbalance. I think there’s a drive from me personally and from Youth Music to try and change that imbalance, because those coming from different backgrounds produce equally if not more interesting music. The music you make is often defined by where you come from and your life experiences, and having people from all walks of life involved makes for a richer music industry.

It’s fair to say that Youth Music has supported an incredible number of young people over the years, have any case studies stood out for you?

The work around what we call Youth Justice is very interesting. It’s for young people who’ve hit on tricky times in school or are at risk of entering the criminal justice system. There are some great examples of where Youth Music has been life-changing for them and helped them change direction. Viv, a music leader at a project we support called AudioActive, started off there as a young person in trouble with the law, and now he uses his musical talent to inspire others.

I went to a project visit in Bristol recently at a special school for wheelchair users where their physical mobility was really restricted. The young people were using a technology called EyeGaze which allows them to create sounds with precise eye movements and blinking. Essentially their sensory talking system had been applied to creating music. Those young musicians have bags of creativity!

I also went to a session in Birmingham for children aged around two and three. They made music with their families, learning songs from the different countries where their parents originally came from and sang them together as a group. Those are the kind of things that get me up in the morning. It sounds cheesy but music is at the heart of those social and personal moments and we’re trying to give more young people opportunities to have those experiences. 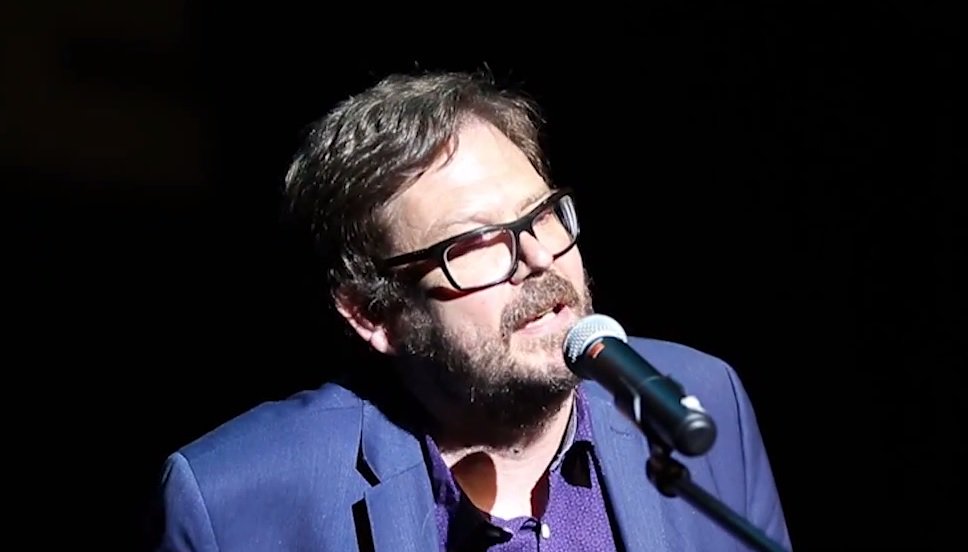 "Young people can make music much more easily now thanks to technology - what’s hard is then being able to progress further, particularly if you have these challenging circumstances in the way."

After Youth Music, how have young people continued to fuel their passion for music?

We assess, evaluate and monitor the musical, social and personal outcomes for each person individually. So in situations like the Youth Justice system just mentioned, the social and personal outcomes are especially important. That young person might get a traineeship or an apprenticeship in a music company. For the early years situation, the progression could be that a child’s love of music continues as they grow up. The outcomes for young people with disabilities could be that they audition for the Open Up Orchestra which is specifically designed for disabled young musicians. Sometimes the progression might not be directly musical - for example someone excluded from school might get involved with Youth Music and the end result is they’re happily back in education. There are some examples we’re really proud of like Laura Mvula from Birmingham who started out in one of our projects. Rizzle Kicks also came out of a project we supported in Brighton. We find that people who’ve done well in music often want to help us by being ambassadors. They often have a story to tell and Youth Music’s work really resonates with them.

We’ve been asking our customers and followers ‘what is music worth to you’, but what does it mean to you?

For me it’s ever-present, it’s always been there and it always will be. The feeling it gives for your own wellbeing is probably the number one thing for me. I also love the discovery element of music too, it’s endless!

What other ways can people support Youth Music or get involved with a project?

There’s the Give a Gig initiative, where we ask people to fundraise for us with a live music event. Bands might already have a gig in their diary and a percentage of the box office money could go to Youth Music. A venue owner or promoter could put on a night in aid of Youth Music. It’s more about the mutual benefit for the person donating and Youth Music rather than them just handing over a cheque. Working together is much more fruitful. We started it about a year ago and now have a regular stream of local gigs raising money across the country. We want to take it to next level and get some big name artists to Give a Gig!

"It sounds cheesy but music is at the heart of those social and personal moments and we’re trying to give more young people opportunities to have those experiences."

Are there any big projects coming up we should know about?

I think what’s on the horizon is making sure that we continue to do well and keep ourselves focussed. Making sure we’re getting support to the places that really need it. We do a lot of work making sure that different regions around the country get a fair share of our investment and are using it in the right places. We have a balancing process for the applications we get so that if there’s a region with particularly high unemployment, educational difficulties or high levels of crime we make sure that our investment goes into that area.

You’ve had some time with the SE1s, what do you think of them?

The SE1s are a listening pleasure and they look great too. There’s all sorts of audio detail that I picked up which I hadn't really heard before with my previous headphones. I've tried out a wide range of music with them and the SE1s did them all justice. It’s even better to know that people buying them will be supporting Youth Music in the process through our charity partnership with Cambridge Audio. Many thanks again to you all.

Click here to read more about some memorable Youth Music case studies, how we made the SE1s or head straight to the SE1 page to put your money where your ears are.