The CD Resurgence: Why We Still Care

From the release of Cambridge Audio's CD1 to the present day, the compact disc is an enduring format

The first CD ever released into the world, Billy Joel’s ‘52nd Street’, came out in Japan in 1982. It was such a success that the US would see their first CD release just a few months later: Bruce Springsteen’s ‘Born to Run’.

And, just a few years after that, Cambridge Audio would get into the space with the 1985 release of the CD1, the world’s first two box CD player. The CD1 is still held in high-regard today – some publications even use it as their reference CD player. Since then, Cambridge Audio has continued to try to perfect CD playback.

This takes us to today, where customers can find two unique options from Cambridge Audio – the AXC35 CD Player and the CXC CD Transport. The AXC35 continues our long-standing tradition of great performance at a great price. At only $399, the AXC35 is the perfect entry level CD player for your customer. With versatile output options and gapless playback, the AXC35 will fit perfectly with any system.

The CXC CD Transport, on the other hand, takes everything up a notch. With upgraded mechanical components, the CXC represents the best CD performance Cambridge Audio has to offer. Our proprietary S3 Servo helps to ensure extreme accuracy while reading CDs, making sure they spin at the correct speed. While other disc players can support multiple formats like CD, DVD and Blue-Ray, the CXC supports only CDs, which spin at two speeds – 210 RPM at the outermost edge and 480 RPM at the innermost. This goes a long way in getting rid of unwanted jitter in distortion. And at just $699, the CXC is the ideal choice for any customer who wants to be able to take their CD playback to the next level.

As you may have noticed, CDs are now making a comeback just like their cousin, the vinyl record, has been doing the past few years, with sales on the up in the US. When we asked about it on social media, plenty of you were still adding to your collections.

So if you haven't yet joined the revival, grab that stack of CDs in the back of your closet, get out your old mix CDs from the trunk of your car, or snag some brand-new ones to listen to, because physical media is here to stay. 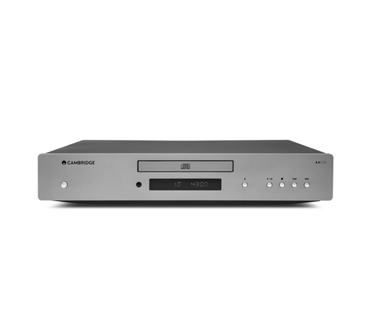