Chicago's Merit School of Music, the US charity partner of our SE1 headphones, has gifted many musicians the opportunity to capitalize on their passion and make music a central part of their lives. Here, Julian Reed from The Juju Exchange shares a few words on how the school has made a positive impact on his passions and life.

The JuJu Exchange is Merit-made and flourishing. All four members, Nico Segal, Lane Beckstrom, Julian Reid, and Everett Reid, learned their craft from Merit School of Music instructors and haven't forgotten its impact on their lives and careers. Now, they're touring musicians who are challenging the modern-day perception of jazz music, stating they play "with one foot in jazz and the other foot in everything else." As alum, they've returned to the school to conduct private lessons, host a benefit concert, and, most importantly, spread the word about the school's essential influence on young players' potential.

The JuJu Exchange recently headlined the San Francisco Jazz Fest and are currently prepping a follow-up to their debut album, Exchange. Their keyboard player Julian Reid recently took some time to chat with us about how he discovered music, where his Merit education has taken him today, and how it inspires him to think differently about life, faith, and society.

What makes you passionate about the piano?

"When I was growing up, I never thought "why piano?"— I just gravitated towards it. I started playing music when I was two-years-old in a music appreciation class and a group piano class when I was three. But when I was three, those piano lessons stopped, for some reason, and I was left on my own with a piano book. My family didn't have a piano at the time, so I asked my Mom daily to take me to the park district on the South Side [of Chicago], where they would unlock their piano for me. There, I taught myself how to play. After maybe six months, my parents realized, 'this cat is serious,' so they got me a piano and a teacher.

"Piano has formed how I think about arrangement and playing with various people and musical settings. The versatility of the piano is unmatched. If you think about the piano in a global sense, it creates all kinds of avenues for relating to other instruments. A pianist can help keep time and aid a drummer, write or copy a bass line from a bass player, and play horn and string arrangements. I think that's really beautiful."

How did you find Merit School of Music?

"My brother was taking cello lessons there. I would come by whenever he was taking lessons, find a piano in a room close by, and play stuff I was studying with my private teacher. At some point, the administrator at the time, Ann Monaco, heard me and said I had a lot of potential to take my playing to the next level. That inspired my Mom to put me in Merit's conservatory program— I was eight years old and playing with a bunch of high schoolers. At some point later, it was time to take my private lessons more seriously, so I started working with Ann Birman, who I worked with through elementary and high school."

What are some of your favorite moments from studying at Merit?

"Many of them come from private interactions I had with Merit instructors and being exposed to master classes. One of my favorite moments was learning from my jazz teachers, like Steve Million. We had a lot of good times talking about tunes, getting into arrangements for piano, and learning the craft. I also learned a lot from Michael McLaughlin, who really got me into transcribing. I remember him busting my chops for not getting them right, and his seriousness was incredible.

"Merit really invests in longevity, cares about having long-term relationships, and seeks to cultivate an eternal love for music. If you end up spending a significant amount of time there, they really invest in you, just as you do in them. They honor their students and always push them to reach greater heights. The school also establishes these connections with different schools in various Chicago communities, where they come into to teach.

"My favorite memories from performing at Merit were in conservatory. It was really unique to play with the honors jazz, Latin group, etc.— there is so much variety going on there. I also won the junior class concerto competition with Haydn’s “Piano Concerto in D Major” that I learned with Ann Birman, and that was an amazing feeling." 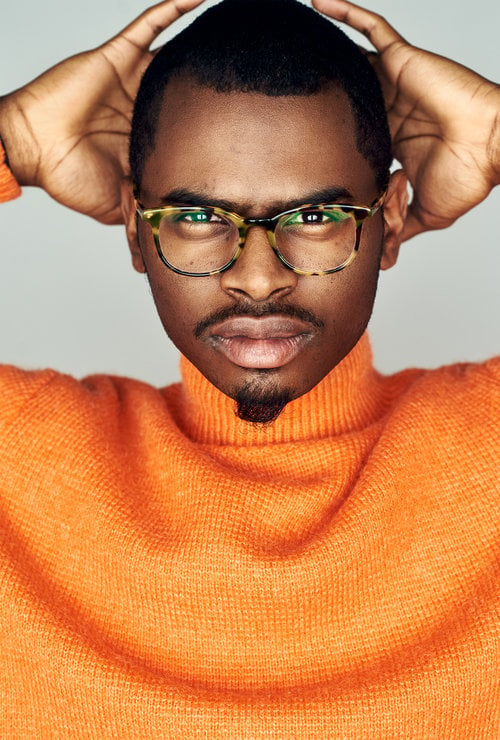 How has Merit influenced you to become the musician you are today?

"Merit helped me think a lot of about the value of discipline, consistency, and being honest with yourself. When I was growing up, I wouldn't practice and try to get through a lesson by just sight-reading, and my teacher would bust my chops, which was important.

"I went to Yale for undergrad, and a lot of people would ask 'does Yale make the students, or do the students make Yale?' When you graduate, you realize the kids that go there are super driven, interested, and curious, but they can study anywhere and still feel the same way. Yale brings them together in the same place to collaborate and bounce ideas off each other.

“Merit does the same thing— the kids in after-school programs, conservatory, and private lessons are special and want to fulfill their curiosities. Merit serves to cultivate a collaborative ecosystem where kids can be inspired by each other. Playing with others made me more disciplined because there were kids in my classes who were practicing more, performing in more competitions, and knew more about their instrument than I did.

"All of those lessons transfer to my life today because I'm in a band with multiple Merit alum, and we're pushing ourselves to explore new styles of playing. Each performance is a reflection of our own curiosity: what new sounds can we come up with? How can we think of new rhythms? That curiosity came from Merit, who created a place for kids who are driven to succeed in playing their instruments and feel like they belong.

"Merit is also good at honoring various calls on people's lives, even if they are outside of music. When I went to Yale, I didn't study music or play in conservatory, but I was just as celebrated as people who were. It was really important that Merit supported me because it proved I could keep music in my life alongside all of these other commitments, even though I dedicated so much of my childhood to playing." 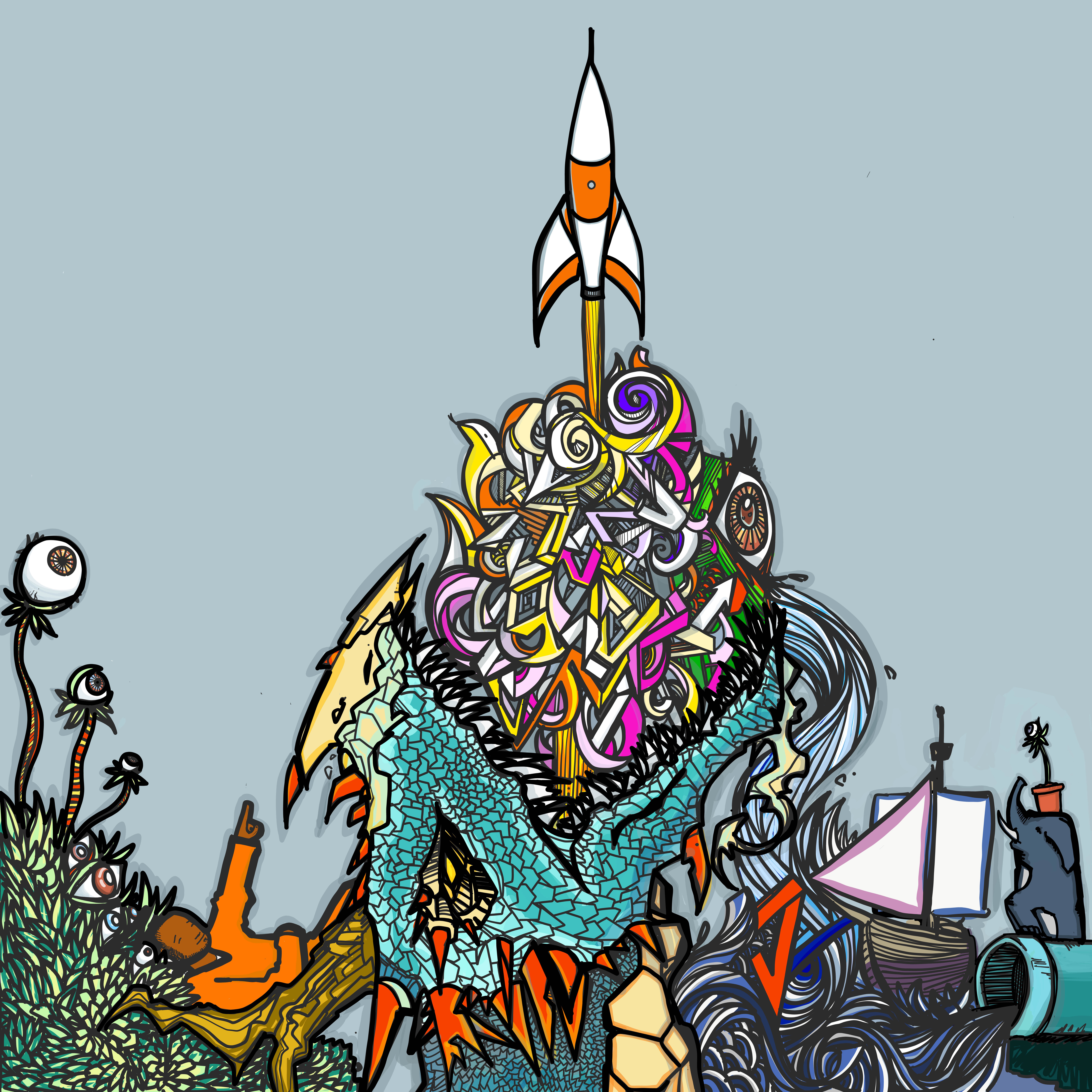 What advice would you give an upcoming musician?

"Think beyond the scale. Learn the scale, practice it as much as you can, and forget it. Then, think about who you're playing for because your audience is going to hold you accountable. It could be a family member or a crowd of thousands— you want to give them something intimate and personal to appreciate in the midst of anonymity. For me, the audience always involves God and whoever the human audience is, regardless of their response. It helps me stay humble and deliver something meaningful."

Like what Julian had to say? Spin some of The Juju Exchange's recent material below. The first track, "Asking" was a composition included in Adult Swim's 2017 Singles Series. The second, "Jubilee" is "a deep celebration" and references "a year in the calendar of these ancestors of modern-day Jews and Christians when all debts were forgiven within the community and slaves would be free and you’d experience God’s mercy. They continue, "that means anybody who was in debt slavery was freed and the accounts reset. This song maybe captures some of the joy those cats must have felt when these burdens were lifted."

If this story resonated with you, purchase a pair of our SE1 headphones, and 50% of US proceeds will be donated to Merit School of Music. Or, click here to make a donation on their website.

How Much Is Music Worth To You?

Get closer to the SE1s, Cambridge Audio's first ever earphones