It’s been 50 years since the release of the iconic Sgt Pepper’s Lonely Hearts Club Band by The Beatles. We revisited the album and took a look at why it’s one we should all celebrate.

To kick off our last blog looking at Revolver by The Beatles, we dipped into some quick facts and figures. And we’re going to do the same right now about their follow-up:

Since the release of their last album, Revolver, The Beatles had grown weary of their relentless touring schedule. Live performances had dominated the last four years of their career, and their final commercial concert took place in August 1966 in San Francisco.

By November of the same year, after a well-deserved break to rest up, the Fab Four were back in the studio to start work on album number eight.

On a plane journey from Kenya to London, Paul McCartney had an epiphany. What if the next album was by The Beatles in disguise? Taking on the alter ego of The Lonely Hearts Club Band allowed them to take a step away from ‘Beatlemania’. “You could do anything when you got to the mic, or on your guitar, because it wasn't you”, McCartney would later say when asked about this decision. Freed from the weight of expectation of what a Beatles album should be, the band were able to really indulge in their rekindled love for the studio.  Who’d have thought not being The Beatles would produce one of the most critically acclaimed Beatles albums!

With The Beatles raring to go in the studio, studio engineer Geoff Emerick felt slightly apprehensive. Nothing had changed in Abbey Road Studios since their last session and neither had the gear previously used by the band. George Martin was also keen to not repeat any techniques used on Revolver; for him, backwards instruments and tape loops were a no-no.  One of the ways this was combatted was to move next door from Studio 3 – renowned for its ‘dirtier’ sounding acoustics – to Studio 2, a much larger room well suited for brighter and cleaner tones used frequently in pop music.

It was soon evident the band didn’t want to completely ditch some of the techniques pioneered on the previous album, so Emerick began to tweak these innovations and make subtle changes to how they were applied during the recording process. This time around they were controlled and finely tuned.

A particular skill that George Martin possessed that is evident on the album was his knack for tape-splicing and editing.  Although released just before the album (but recorded at around the same time) the track Strawberry Fields Forever is a great example of his skill in the studio. Lennon had wanted to combine two different takes in different tempos and keys. They managed to achieve this by blending and altering the speed. The frenectic fairground sounds found on Being for the Benefit of Mr. Kite! were produced using tape recordings of fairground organs, harmonicas and Hammond organs that were physically cut-up and reassembled in the studio.

Harmoniums and harmonicas weren’t the only instruments outside of the usual guitar, bass and drums formula the Liverpool lads were known for. George, who had spent time in India beforehand, brought an Eastern flavour to the song Within You Without You. Harrison turned Studio Two into a meditation room; playing sitar with a backing from Indian musicians all seated on a carpet with lights dimmed and incense burning.

Did you know that the kazoo sound on Lovely Rita is actually a comb, wrapped in EMI branded toilet paper, being blown over?  A fun fact for when you’re a few pints in down the pub! 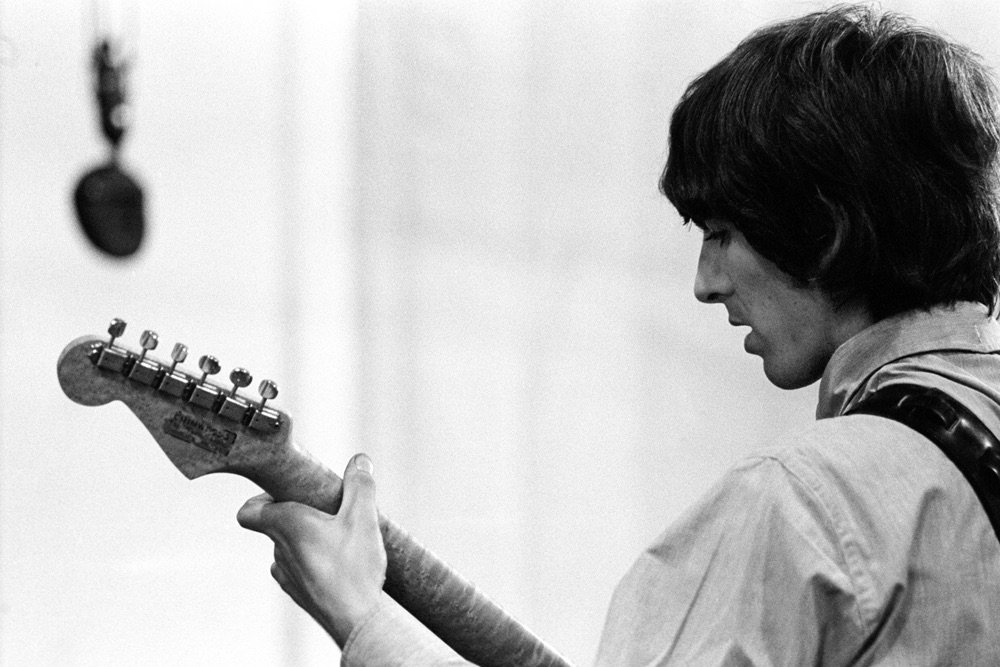 Cover Art for the Ages

Just as iconic as the music contained on the album is its unforgettable cover-art. Featuring a range of individuals picked by The Beatles themselves, it’s become a pop culture piece parodied by everyone from 2000 AD to WWE Wrestling. When designing the cover, English pop artist Peter Blake, asked the band who they’d want in the audience as their ‘magic crowd’ at a Sgt. Peppers show.

We’re not going to take you through everyone on the cover, but notable mentions go out to Bob Dylan, Marilyn Monroe, Karl Marx, H.G Wells and ex band member Stuart Sutcliffe. There were some figures that didn’t quite make the cut for controversial reasons included Jesus, Ghandi and Adolf Hitler. To pay for using the images of celebrities, the cover ended up costing £3000 – an astonishing amount considering at the time the average cover cost about £50 to make. Standing front and centre on the cover are the Fab Four themselves,  sporting dayglow military uniforms. The medals worn by Paul and George were the MBE’s they had been awarded a few years previously, whilst those worn by John were borrowed from ex-Beatle Pete Best’s mother.

The cover went on to win a Grammy for Best Album Cover later on in the year.

With Sgt. Peppers, The Beatles proved that Revolver, and experimenting heavily in the studio, wasn’t a complete fluke. The perception of what a studio was had now changed from somewhere that captured the sounds of a live performance to a sonic playground and laboratory. It had become a place of experimentation. Albums were now beginning to take weeks, even months to record which was far from the norm before.

For this, we raise a glass and say thank you lads!