Want to know the difference between Airplay and Bluetooth? You’ve come to the right place.

With a plethora of wireless speakers out there using Airplay or Bluetooth, we thought explaining the advantages and disadvantages of both technologies will help you determine  which suits you best.

So what are Bluetooth and Airplay?

Bluetooth is a universal wireless platform that is found in a wide range of electrical devices that includes mobile phones, laptops, cameras, printers, household items and even cars. No longer is it a silly piece of plastic sticking out of the ears of businessmen and women worldwide!

In the world of audio, Bluetooth speakers allow your music to be played wirelessly from one device to another connected device. Click here to read our recent, more in-depth blog on Bluetooth.

AirPlay on the other hand, is Apple’s own proprietary Wi-Fi dependant wireless platform, allowing users to stream digital audio or video content to other AirPlay supported devices. Click here to read a previous blog about Airplay and its benefits.

Are the two really that different?

There are distinct advantages and disadvantages to both AirPlay and Bluetooth. Despite both frequently being used for wireless streaming, Bluetooth and AirPlay actually operate using two completely different technologies.

Perhaps the most noticeable difference between the two is that AirPlay offers the capability to stream video. While not relevant for wireless music speakers, this is a popular method of streaming YouTube or other videos onto devices such as Smart TVs.

Unlike Bluetooth, which connects directly (or ‘point to point’) between devices, AirPlay creates a connection by ‘piggybacking’ on your home Wi-Fi network.

With AirPlay being an Apple patented technology, it’s only available for use from OSX devices, Mac computers and iOS devices, unlike Bluetooth which works across a much wider range of devices made by a huge number of manufacturers. This also typically means that AirPlay supported devices will cost more because of the licensing fees and technical costs.

Is one better than the other?

If we were to stick both in a boxing ring and let Airplay and Blutooth duke it out to the end…. There wouldn’t be an outright winner. Like many things, it all comes down to personal taste of the individual. To give a further explanation of the two, we thought we’d outline their relative pros and cons.

A number of our products currently offer Bluetooth compatibility, such as the G5, the Go, Air range, and Minx TV speakers. Our Minx Xi, Stream Magic 6 and NP30 network music players are all capable of playing Bluetooth when paired with the BT100 wireless audio receiver.

In addition to Bluetooth compatibility, the versatile Air 100,  200 and CXN also offer the option of AirPlay.

Do you currently use Bluetooth or Airplay speakers? Perhaps you prefer one over the other, or avoid wireless streaming altogether… Let us know with your comments below! 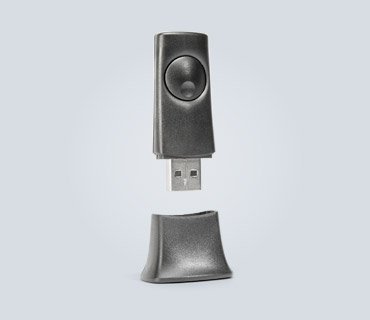