The third instalment of our blog series reminisces on the relatively short history of Trident Studios, the birth place of many seminal albums during the 60s, 70s and 80s.

We’ve looked at Abbey Road and Olympic Studios, so for part three we thought we’d look at the studio chosen for numerous recordings by Bowie, Queen, Genesis and many more - Trident Studios. Tucked away in the heart of Soho, Trident was known for much more than the famous names that passed through it thanks to the entrepreneurial man behind it – Norman Sheffield.

Touring musician Norman Sheffield had come to a cross roads in his life during the late 1960s. He’d enjoyed success touring the 1950s and early 60s as the drummer for instrumental band The Hunters and even did a stint as the drummer for Cliff Richard. But with a family on the way the touring life was no longer a practical option, so Sheffield settled down and opened a little music shop with his younger brother Barry. The brothers soon acquired a range of records, instruments and second hand recording equipment so decided to set up a mini control room in an upstairs office so artists could record out of shop hours downstairs. The duo were also involved in setting up local promotions and gigs booking acts like The Who and The Animals. 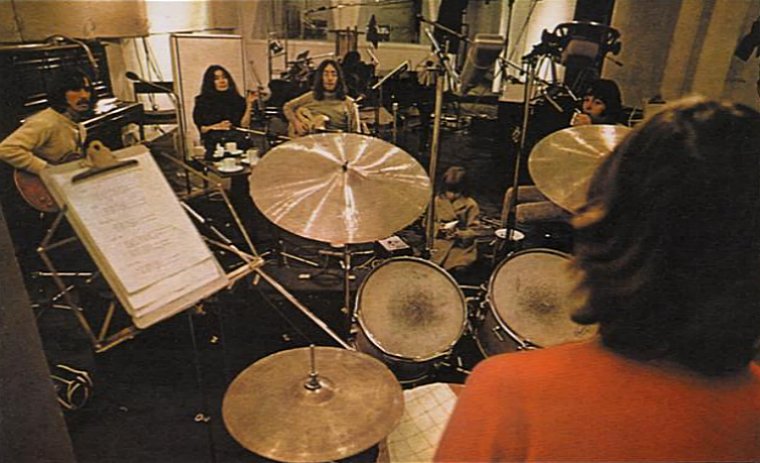 Normans little shop had quickly evolved into a music enterprise, so it was time to move out and set up somewhere that could accommodate a bigger studio. A dingy disused engraving works tucked away in a back alley in Soho was chosen as it allowed a completely fresh start, allowing the Sheffield brothers to build something from scratch. The 5,000 square foot studio opened up in 1968 and quickly became a successful studio, one that many sought after for bringing their music and creativity to life.

Part of the attraction of Trident Studios to many musicians was this ethos of Normans, that the recording studio should be somewhere artists were encouraged to be creative. Artists were starting to tire of the regimented vibes, operations and engineers in white lab coats at other studios across London (we’re looking at you Abbey Road!) and needed somewhere that REALLY allowed them to let their creative juices flow. The Beatles jumped on this opportunity and recorded ‘Hey Jude’ there, thanks to Tridents recording equipment at the time being more advanced than the four track recorder at Abbey Road. The Beatles went on to record many tracks from the White Album here too.

Looking at the list of artists who recorded there, you can see why the studio was famed for its creative background. David Bowie, Elton John, Free, Thin Lizzy and Queen just to name a few have all recorded albums and singles there. Queen in particular had a strong relationship with Sheffield as he managed the band in their early days, with their first four albums being recorded at the studio. Trillion Video, a TV production arm of the business was created as Norman quickly saw that the music video was going to be the next big thing, with Bohemian Rhapsody being one of their most well-known videos.

A feature synonymous with the studio is the ‘Trident Piano’, a handmade Bechstein grand piano over 100 years old often described as “the best rock and roll piano ever”. It was rented to the studio for over 20 years by the London music shop Samuels and was eventually bought by them in 1986. It was notoriously difficult to play because of its stiff hammers, meaning that they player had to really hit the keys to get something out of it. Despite this notoriety, the bright and crystal clear sound it delivered attracted loads of musicians and the piano now has a huge list of songs and albums including David Bowie's albums, 'Space Oddity' 'Hunky Dory' 'Ziggy Stardust' and 'Aladdin Sane', Queen's albums 'Queen' 'Queen II' 'Sheer Heart Attack' and Elton John's 'Goodbye Yellow Brick Road' 'Blue Moves' ' and 'A Single Man' albums. In May 2011 the piano went up for auction with a guide price of £300,000 - £400,000. Neither the purchaser or figure it sold for have ever been publicly revealed… 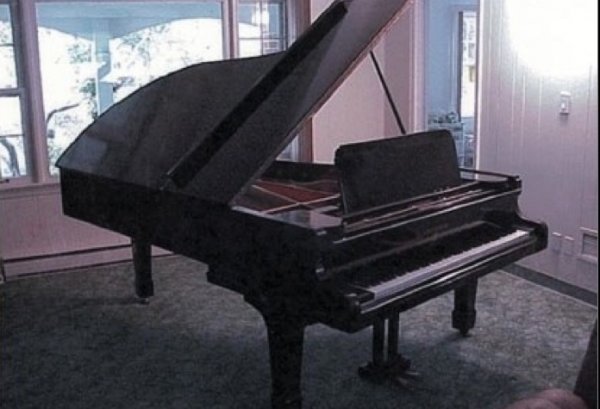 A particular feature found at Trident not seen anywhere else was the acoustic echo chamber doubled up with another room… the men’s toilet. There wasn’t a dedicated echo chamber, but the toilet was tiled in a way that helped give the right metallic sound needed. It was so frequently used for its echo sound by the late 70s microphones were permanently installed in there. Let’s hope they didn’t leave them recording ALL the time…

Another extension of Trident was in tape duplication and was one of the first in the UK to offer these services. Norman saw how car audio systems were starting to incorporate the use of cassettes and eight track cartridges, a golden opportunity to once again venture into something new! He imported specialist equipment in from the USA and capitalised on his music industry contacts to secure some tasty tape reproduction contracts!

Trident studios closed its doors for three months in 1981 due to financial problems and was eventually sold. Since then the studio has operated under various names and is still there today under the name ‘Trident Sound Studios’ specialising in sound recording and mixing for TV.

If you want to dig a little deeper into Tridents history, check out the video interview we found with Trident sound engineer Adam Moseley on his time at the studio in it's heyday. Definitely worth a watch!