Unsure on the differences between the two or which you need for your system? Our blog has the answers for you…

If there’s one thing the audio industry has made an art form, it’s using terminology that means almost… but not quite the same thing. A good example of this is with the terms ‘amplifier’ and ‘receiver.’ At times, it can seem that these are completely interchangeable terms but there are differences between the two. We’re going to cover them to see which is best for you.

An amplifier is the device that turns the low voltage signals from your source equipment into a signal with enough gain to be used to power a pair of speakers. The functions of an amp can be split into two main sections. The first allows you to collate and select multiple inputs and select the required level of gain and is generally referred to as the preamplifier. The second does the ‘heavy lifting’ and adds the gain to the signals in order to be used to power a pair of speakers. This is the power amplifier. If the functions are split into two boxes like the 851E and 851W, these are referred to as pre and power amps. With amplifiers like our CXA80, both functions are placed in a single chassis and referred to as an integrated amplifier. 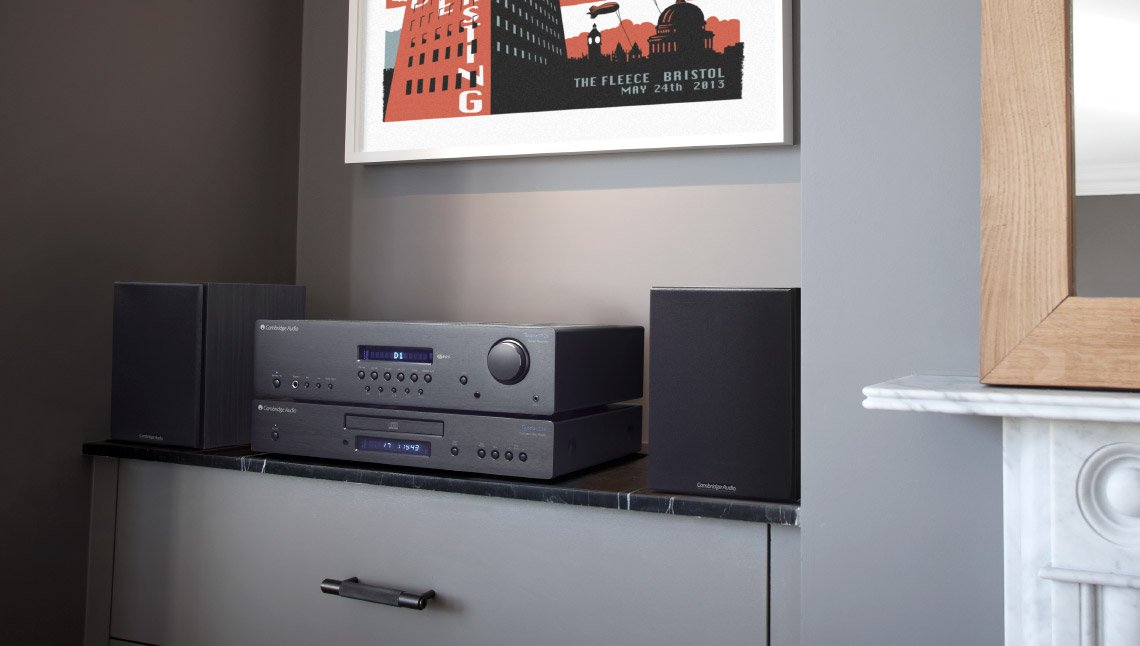 So far so good… but where do receivers fit into this? A receiver is an amplifier that has a radio section built in. The radio is selected like any other input on the amp but no other connection is needed other than a pair of speakers. If you have a home cinema amplifier with a radio in it’s an AV Receiver. On a basic level, all receivers are amplifiers but not all amplifiers are receivers.

Receivers came into being in the 1960s as a way of saving space and offering the ability to directly access the radio, which at the time was second only to vinyl in popularity as a source. This meant that receivers came to dominate the market (in the US especially) and for a very long time, receivers outnumbered amplifiers. The arrival of digital has seen radio become less important as a source but it’s still a fantastic way of accessing new material. Because of this, most of the amplifiers we make are just… amplifiers. We do however recognise there are times when a receiver has some advantages. Both of our AV amps are fitted as receivers and we also make the SR10 stereo receiver.

So, when should you consider a receiver instead of an amplifier? In the most straightforward situation, if you listen to the radio a lot. It means that even without anything else attached to it, the SR10 is able to produce a superb sound from the range of FM radio stations in your area. You can then attach a wide selection of other equipment to the SR10 and use it as a conventional amplifier. This is an outstandingly flexible piece of equipment and one that should work in a wide variety of systems.

With the CXR AV receivers, our thinking is that these are devices intended to offer the ability to collate every single video and audio source you can have. We feel that building these units as receivers makes the most sense as it completes their functionality. You can even use the tuner as a source in a second room.

For our CXA and Azur series amplifiers, the best performance is achieved by keeping them focused on a single task and this means building them as amplifiers rather than receivers. This means that they can be laid out internally with a view to the best overall performance and without having to fit additional circuitry for the radio. They remain the choice for a listener looking for the best possible audio performance at a given price. There are some other considerations too. If you have one of our network streamers, these have internet radio functionality built into them so you may not have any interest in adding an FM tuner to your system. As with many areas of our product range, we feel that choice is important and as a result, we offer different options. Choose the right one for you and enjoy some fabulous sounds.

5 Important Specifications To Consider When Choosing An Amplifier

Should You Bi-Wire Your Speakers?

Digital Inputs in Amplifiers – Why Do We Need Them?